PHOTO FEATURE: With sunny summer weather finally descending on Oslo, residents and visitors alike are hopping on the small ferries that shuttle between the islands in the Oslo Fjord. The islands are now more accessible than ever, offering a holiday retreat just minutes from City Hall, for the price of a bus ticket. 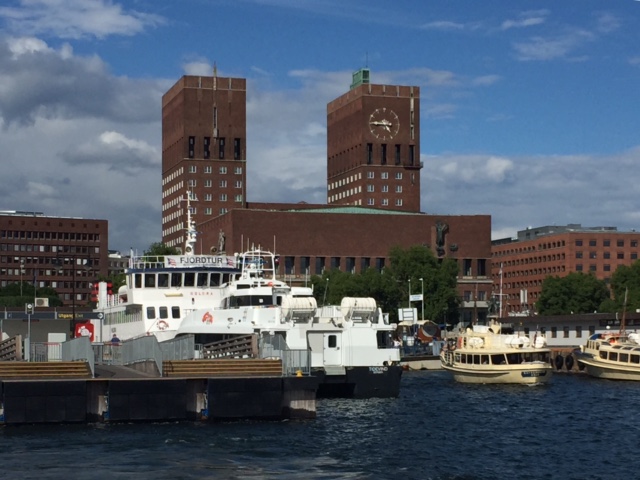 City officials recently moved the ferry terminal from its former, farther-off site at Vippetangen here to the waterfront area at Rådhusplassen, the plaza in front of City Hall. Now the ferries are much closer to downtown bus and tram routes, and they run frequently. 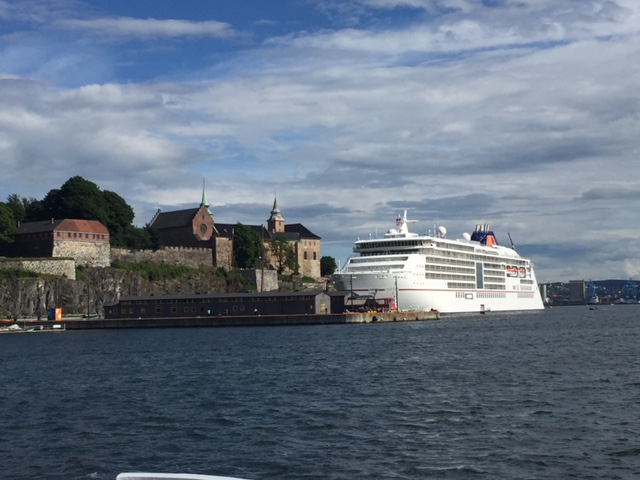 Once on board, the ferries cruise by sights like the Akershus Fortress and Castle, where cruiseships are often tied up during the summer months. 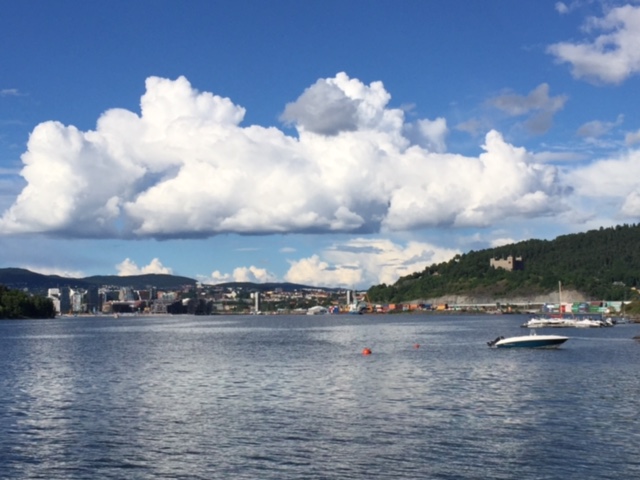 And then come the island destinations, like Hovedøya, where visitors can explore the ruins of an historic cloister in addition to swimming or just lying on beaches with views either back to the city or over to the other islands. Here’s the view towards Ekeberg (at right) and Bjørvika, behind Akershus. 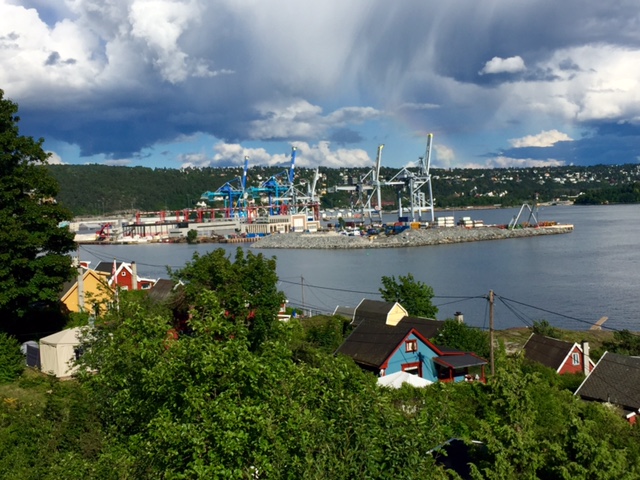 Some of the islands on the ferry routes are dotted with small cottages, called hytter, that often have been in the same family ownership for generations. Here’s an urban view southeast towards the container terminal at Sjursøya and Nordstrand from the island of Bleikøya. 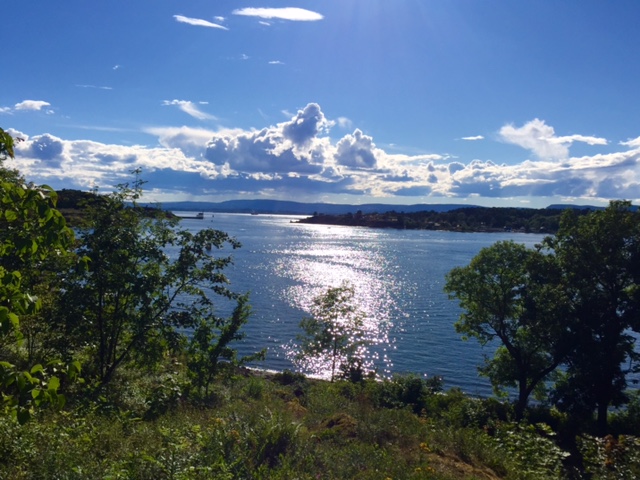 And here’s the kind of view people can easily escape the city to enjoy, with plenty of public space for picnic lunches and dinners. This photo was also taken from Bleikøya one evening earlier this week, a 12-minute ferry ride from the capital.

Border to Russia reopened in the north