PHOTO FEATURE: Long before offshore oil and gas made Norway one of the world’s wealthiest countries, its maritime heritage and huge fleet of ships all but ruled the waves. Much of that heritage can be experienced in the small, southern coastal town of Farsund, far from Norway’s bigger cities but nonetheless internationally oriented and once an economic hub. 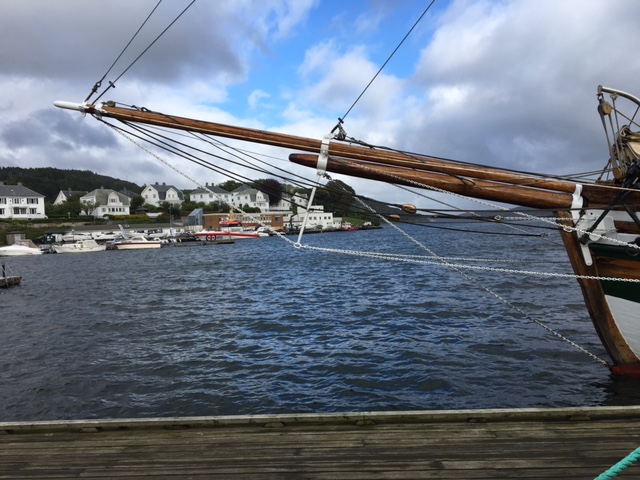 It still takes a certain amount of effort to get to Farsund, located between Stavanger and Kristiansand and set well off the main E39 highway that runs along Norway’s southern coast. It’s not as popular a summer destination as places like nearby Mandal or farther up the southeast coast known as Sørlandet, but its historic buildings, classic white wooden homes, maritime atmosphere and not least shipowners have attracted visitors for years. With windswept Lista nearby, and white-sand beaches at both places, it makes for a great holiday base that’s off the beaten track. 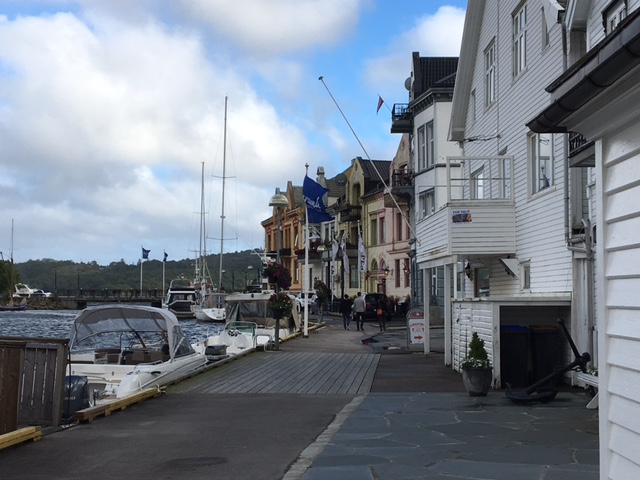 It’s Farsund’s history of shipping and trade that put it on the map in the 1700s. At one time it ranked as the world’s largest maritime center on a per capita basis, spawning major shipowners like Bergesen, Mosvold and Brøvig. Mosvold’s former headquarters has been preserved and is now Rederiet Hotell, with all its rooms labelled as the offices they once were. Farsund also served as a center for legalized piracy during the Napoleonic wars, when Norway and Denmark (united at the time) went to war against England and local authorities issued so-called kaperbrev to local residents, written permission to attack and seize enemy vessels. Farsund still celebrates its dubious piracy past every year, with its Kaperdagene festival in mid-July. 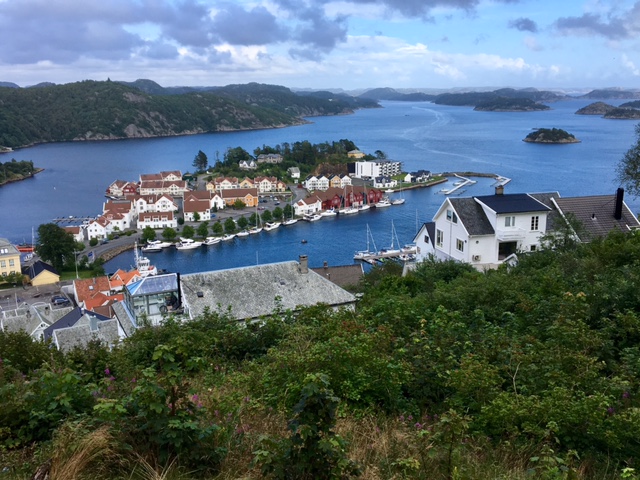 The town’s shipping community was generally more conservative and dignified, reflected today in the handsome homes and buildings that line its hills and constructed in a variety of styles over the past few centuries. Situated with the sea and lots of islands on one side and mountains and fjords on another, the town itself is a compact place, making it easy to wander around and read all the historic plaques put up on the walls. 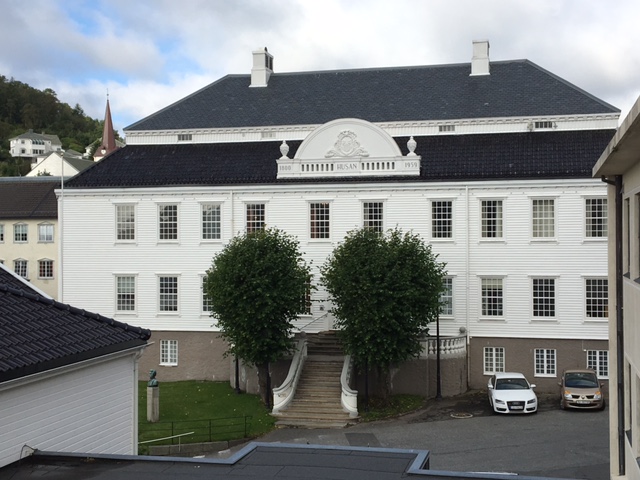 Perhaps the most spectacular building is Husan, built in 1802 by the shipowning Lund family and now serving as Farsund’s City Hall. It has survived major fires, economic downturns and occupation by Nazi German forces during World War II and was called “the pride of Sørlandet” by author and poet Vilhelm Krag. It won the Europa Nostra prize for restoration in 1990. 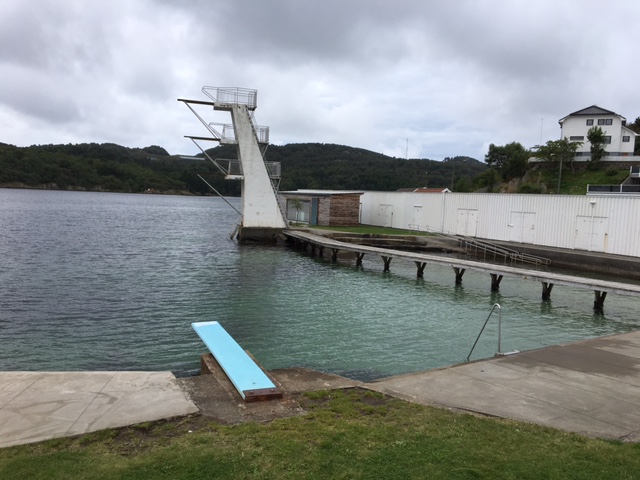 A short stroll from downtown Farsund along the waterfront brings visitors to historic boathouses and an outdoor swimming area complete with diving boards, saunas, showers and its own beach. The waters of the North Sea can be chilly and the wind often blows, but the area can have warm, sunny days as well. 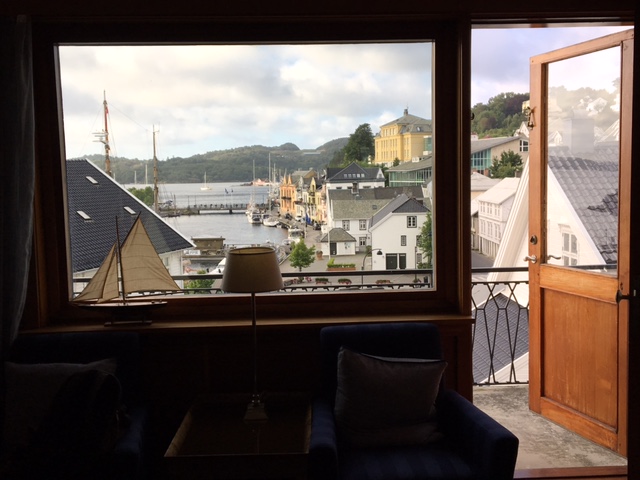 Norway’s shipping industry remains a major economic force, and its roots are alive in Farsund. This room-with-a-view was once the corner office suite of the man in charge of the shipping company Mosvolds Rederi, complete with a library of maritime books, a fireplace and photos of Mosvold tankers and other vessels on the walls. The balcony allows visitors to breathe in the salty air, feel the wind in your hair and hearken back to another era that’s been carefully preserved.