Their election booths are being dismantled, their promotional posters are being taken down and their enthusiastic members won’t be knocking on strangers’ doors for a while. Norway’s political parties ended their intense election campaigns on Monday and now it’s up to voters to decide their fate, with each party attracting their own “typical voters” no matter what the issues are.

Nine of Norway’s political parties have been vying for as many seats in Parliament as possible. Newspaper Aftenposten recently took a look at who typically votes for each party, based on surveys and statistics from research firm Respons Analyse:

Erna Solberg’s Conservatives (H): Middle-aged men working in the private sector and living in large population centers of Eastern Norway. Most earn well, the party attracts more men than women and most are aged 45-59. Their education levels are higher than the national average, with around four to six years after compulsory schooling that ends in the 10th grade. 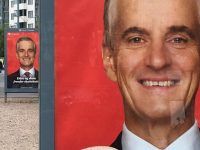 Jonas Gahr Støre’s Labour Party (Ap): Arguably the most mainstream party attracting slightly more women than men who live all over the country and have average education and household income of around NOK 500,000-1,000,000. More work in the public sector than in the private sector, their age groups span the spectrum and slightly more live in larger municipalities than in small towns.

Siv Jensen’s Progress Party (Frp): Older men living in Southern and Western Norway, in mostly mid-sized communities. The party is the most male-dominated in Norway and also has the most voters older than 60 (fully 40 percent). Lower education levels than those attracted to Norway’s two largest parties, with an over-representation of those with just three years of education after the 10th grade. Average household income, with most working in the private sector.

Trygve Slagsvold Vedum’s Center Party (Sp): Also dominated by older men with average incomes and not much higher education. Most live in small towns and rural areas and, like the Progress Party, most are older than 60. Most work in the private sector but that also includes farming in the publicly subsidized and protected agricultural industry where they’re viewed as sole proprietors. Center attracts more voters from Trøndelag and Northern Norway than other parties.

Audun Lysbakken’s Socialist Left (SV): Young, highly educated women with more than six years of education after the 10th grade. Most work in the public sector, earn well and live in Norway’s larger cities. No party has a stronger domination of women than SV, with men making up only 35 percent of the party’s voters. The party is also over-represented by voters younger than 30.

Knut Arild Hareide’s Christian Democrats (KrF): Older women living in small communities in Southern and Western Norway, with mid- to high household income. Only SV attracts more women than the Christian Democrats, with an over-representation of those over age 60. Average education levels with slightly more working in the private sector than in the public sector. 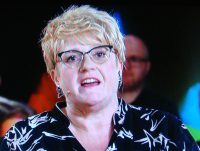 Trine Skei Grande’s Liberals (V): Dominated by young men with high incomes and more than six years of education beyond the 10th grade. Most live in the large communities of Eastern Norway. Over-represented by voters under age 45, and lacking many over 60. Only SV voters have higher education levels, and more Liberals voters have household incomes of more than NOK 1 million on average.

Rasmus Hansson’s and Une Bastholm’s Greens (MDG): Young women and men under the age of 30 and living in large communities in Eastern Norway. Most work in the public sector and set themselves apart as attracting the youngest voters in the country. Average education levels but slightly more than half have more than six years of education after compulsory schooling. Typical household income levels are listed as “average.”

Bjørnar Moxnes’ Reds (R): Young adults with high eduation and high incomes, living in large communities in Østlandet (Southeastern Norway, around Oslo) and most work in the public sector. Attract men and women in equal measures with most of them aged 30-44 and with more than six years education beyond compulsory education. Even though the Reds are the most left-leaning of the parties, most of their voters have high income levels of more than NOK 1 million. The party also had the highest portion, however, of those refusing to reveal what they earned.