PHOTO FEATURE: Stores closed and streets fell silent as Norway settled into its traditional three-day Christmas celebrations on julaften (Sunday this year). Massive arrays of holiday lights, however, will continue to brighten the darkness of mid-winter in Oslo and other cities, exactly 125 years after Norway’s capital got its first electric streetlamps. 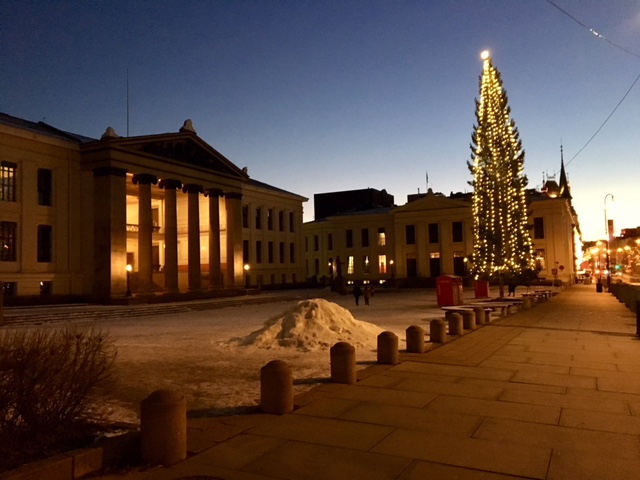 It wasn’t always this bright in Oslo. The first electric lights were switched on along the city’s main boulevard, Karl Johans Gate, on December 13, 1892. The street remains home to the city’s official Christmas tree, here in front of the oldest university buildings, and now all storefronts are ablaze as well. 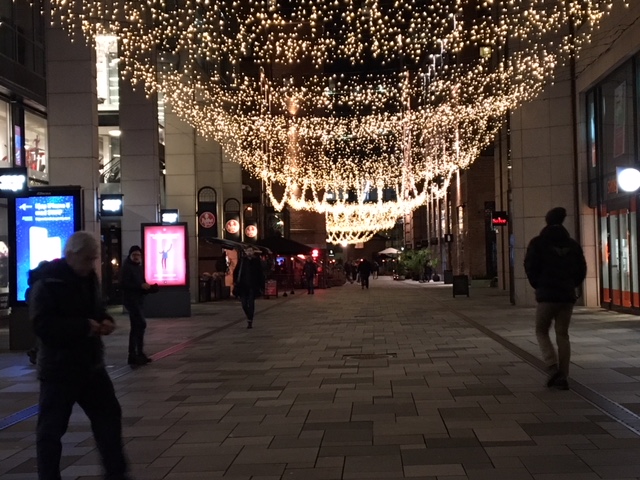 Norwegians are spending more money on outdoor illumination than ever before, with the decorations that now start going up in November often remaining until well into January and even beyond. These are draped over a thoroughfare at Aker Brygge on Oslo’s waterfront. 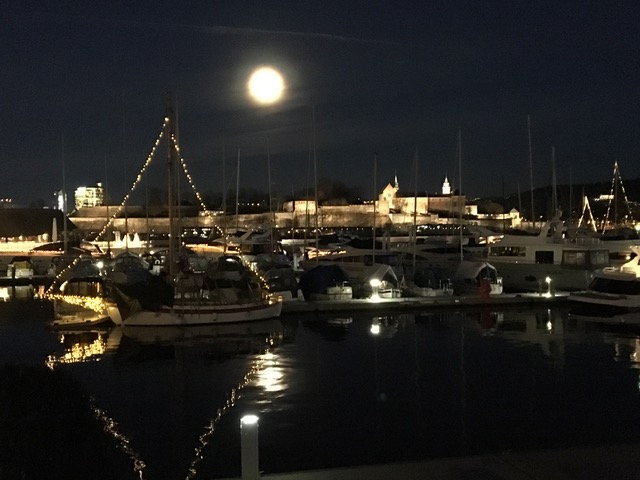 Sometimes the most natural light of all, from the moon, can make the best impression. Here’s a full moon over Oslo’s inner habour, where some boat-owners are now lighting up their masts as well. In the background, the historic Akerhus Fortress and Castle. 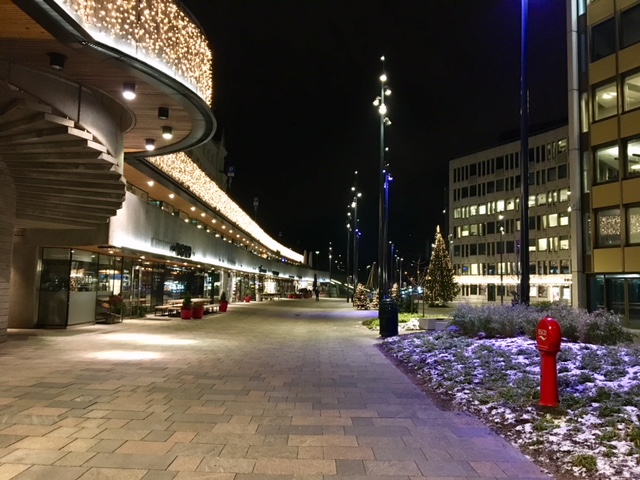 Downtown Oslo falls silent on Christmas Eve, after most all stores and restaurants close until December 27 and even local bus and tram lines draw to a halt for a few hours. The lights remain on, though, allowing for some illuminated strolls through a quiet city.