Svalbard worth more than ever

Nearly a million Norwegians have been sitting through hours of more “slow TV” this week on a daily basis, apparently mesmerized by the beauty and history of Svalbard. Sunday marks 100 years since a post-World War I treaty gave Norway sovereignty over the wild and scenic archipelago, where new underwater discoveries may make the area more valuable than ever. 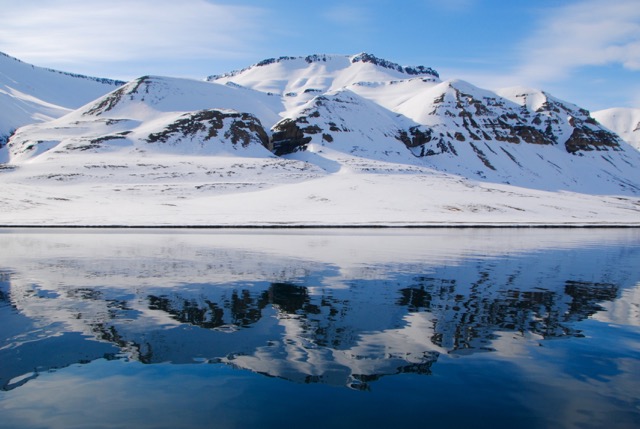 Svalbard isn’t just beautiful. It has long had great strategic and political value for Norway and its western allies, to the point where Russia regularly voices discontent over how Norway runs things, and would gladly take over. China is also very keen to exert influence while Norwegian leaders mostly “sit still in the boat,” as commentators say, and wait for any criticism of their administration to die down.

That may be why there were no major national centennial celebrations of the Svalbard Treaty planned for this weekend. The 100th anniversary was relatively quietly observed, with the NRK broadcast Svalbard Minute by Minute the single-most public tribute to the treaty that makes most Norwegians feel that Svalbard belongs to them.

“We’ve had a feeling from the ratings numbers (of the slow-TV show about Svalbard) that many Norwegians are very fond of the island group,” NRK project leader Thomas Hellum told newspaper Aftenposten this week.  The non-stop broadcast on NRK2 that’s set to last nine days, five hours and 59 minutes until it ends at midnight on Sunday February 9 drew 917,000 daily last weekend, plus a few hundred-thousand more who tuned in to nightly summaries of seascapes, landscapes, polar bears snoozing in an alarmingly ice-free area and various other wild animals and birds, while ice from glaciers suddenly crashes into the sea.

There’s been footage from ships slowly sailing along Svalbard’s impressive coast, interviews with local experts and lots of history over the past several centuries since the archipelago is widely believed to have been discovered by Dutch explorer Willem Barents in 1596. The Russians, however, still mostly refer to the entire archipelago as Spitsbergen (Svalbard’s largest island) and claim at a museum in their local Russian settlement of Barentsburg on Spitsbergen that it was discovered by Russian traders several decades before Barents arrived.

While Norwegians may feel a sense of  “ownership” over Svalbard, and Norwegian law applies, it is also international territory given the treaty that further divvied up some of the spoils of World War I. Newspaper Dag og Tid reported Friday how the aristocratic Norwegian diplomat “Fritz” Wedel Jarlsberg, who lived in Paris at the time, proposed making some Norwegian demands as compensation “for our losses at sea” during the war (even though Norway was officially neutral). Jarlsberg seized the opportunity to expand Norway and bring Svalbard, viewed as a “no-man’s land” at the time despite centuries of whaling, fishing and some early coal mining, under Norwegian control. Negotiations with France, England and the US succeeded (Germany, which had lost the war, and Russia, still emerging from its own revolution, were not at the bargaining table) and eight countries initially signed the treaty that took effect in 1925 after being ratified by Japan.

Newspaper Klassekampen reported on Friday that Norway won sovereignty over Svalbard “because we were a small, insignificant country” that presumably didn’t threaten any of the other players. Norway already had a proud history of polar exploration as well. Russia seems to have forever regretted not being involved in the Svalbard sovereignty issue during its initial stages, but eventually accepted Norwegian sovereignty in 1924 and signed the treaty in 1935.

It currently has 44 signatories (including China and India), all of whom have a right to be present on Svalbard and hold business, fishing and hunting rights as well. Since Norwegian law and regulations on Svalbard are strict regarding local environmental impact, the area is in practice closed, however, to new mining ventures, for example, or oil and gas. The Arctic island Bjørnøya is also covered in the treaty.

Researchers at the Norwegian University of Science and Technology (NTNU) in Trondheim, meanwhile, recently revealed their registration of large discoveries of gold, silver, copper and zinc in the sea floor between Svalbard and the island of Jan Mayen to the southwest, which is also under Norwegian jurisdiction. “There’s huge potential here for Norway,” Egil Tjåland, leader of the university’s geoscience division, told Klassekampen. NTNU’s research was presented at last week’s Arctic Frontiers conference in Tromsø, with dizzying value estimates of as much as NOK 1,000-billion.

Any deep-sea mining ventures to recover the valuable minerals could be good news for the Norwegian economy, with both state oil company Equinor and DNV GL already expressing interest. It would also present another potential conflict for the Norwegian government, however, in line with recent legal challenges over Norway’s imposition of a 12-nautical-mile zone around Svalbard under the treaty but a 200-mile zone beyond that for Norway alone. Norway’s foreign ministry maintains that the seafloor off Svalbard is part of the Norwegian Continental Shelf, giving it territorial rights also to exploit its resources.

Few other countries agree with Norway’s interpretation of the treaty’s application to the seafloor, with treaty signatories claiming that the treaty terms apply to the entire economic zone around Svalbard. Conflicts arose over trapping of snowcrabs in the area, with the EU giving Latvia the right to do so but Norway contesting it. The seafloor rights have, as yet, to be challenged in court.

Environmental and climate concerns are cropping up, along with the potential for new sources of offshore wealth for Norway. “We must discuss whether we should bring up these minerals or perhaps let them lie,” Tjåland told NRK last week. “They would, at any rate, need to be brought up in an environmentally responsible manner.”

Frode Pleym, leader of Greenpeace Norway, claims that it’s “shameful” of Norway to have protected ocean areas deeper than 1,000 meters from the damage of trawling, yet now consider opening such areas for underwater mining operations. Norway is also promoting a “clean seas” campaign worldwide. “We expect (new climate minister) Sveinung Rotevatn to put the brakes on any mineral hunts at sea, and instead focus on protecting the seas,” Pleym told NRK.

Meanwhile, back on Svalbard itself, Norwegian authorities seem to be hoping to ride out the latest protests from Russia over its administration and sovereignty. Svalbard itself is demilitarized under the treaty, but remains strategically important for Norway and its NATO allies. Klassekampen noted this week how the former Soviet Union tried to overturn the Svalbard Treaty as early as 1944, when its then-Foreign Minister Molotov demanded that Bjørnøya be turned over to Russia and Svalbard divided beteen Norway and the Soviet Union, in return for the Soviet army’s liberation of Finnmark from Nazi German occupiers. Norway remained quiet as usual, the Cold War soon began and the Svalbard Treaty has survived despite occasional protests from Russia.

Today Svalbard is best known as a center for international climate research and tourism, with the latter also raising climate and environmental concerns. The Arctic archipelago has gone from whaling to hunting to the first coal mining in 1899. Law Professor Geir Ulfstein at the University of Oslo, who has followed Arctic developments for decades, told the High North News in Tromsø that the Svalbard Treaty “has already survived 100 years with great changes, and there’s reason to believe it will survive another 100 years.”