PHOTO FEATURE: Spring has arrived in the Norwegian capital, where sidewalks, outdoor cafés and other public spaces would normally be packed with people out enjoying the sunny weather. Oslo is instead experiencing an urban emptiness that shows how the Corona virus crisis has created an economic crisis as well. 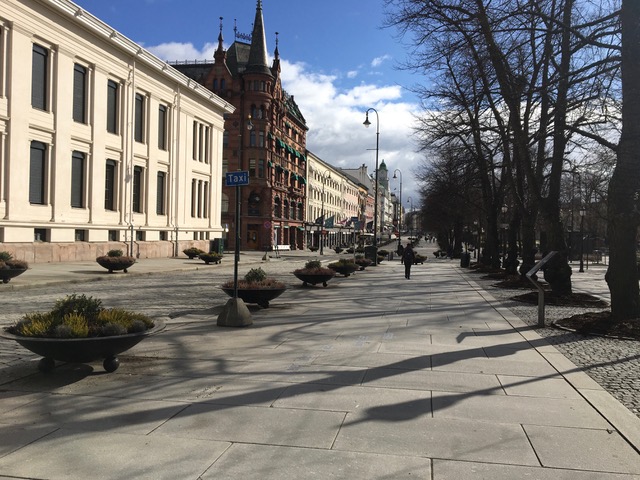 Karl Johans Gate is Oslo’s main artery in every way, generally pulsing with human activity year-round but especially in spring and summer. This was the scene on a recent sunny day, after all restaurants, bars and most shops and businesses were ordered to close as part of the government’s efforts to limit the spread of the Corona virus. 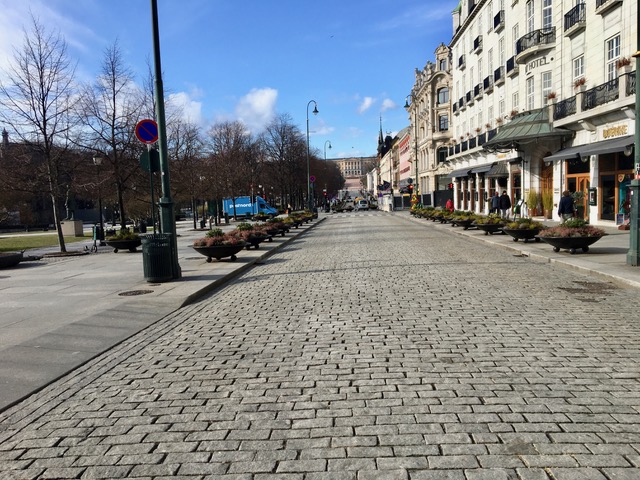 Karl Johans Gate is usually at its busiest during Norway’s annual Constitution Day celebrations on the 17th of May, when one of the world’s longest and biggest parades of children passes through. Now that’s in doubt, too, meaning more potential revenue losses for all the outdoor vendors, hotels, restaurants and bars that are usually packed on the country’s national day. 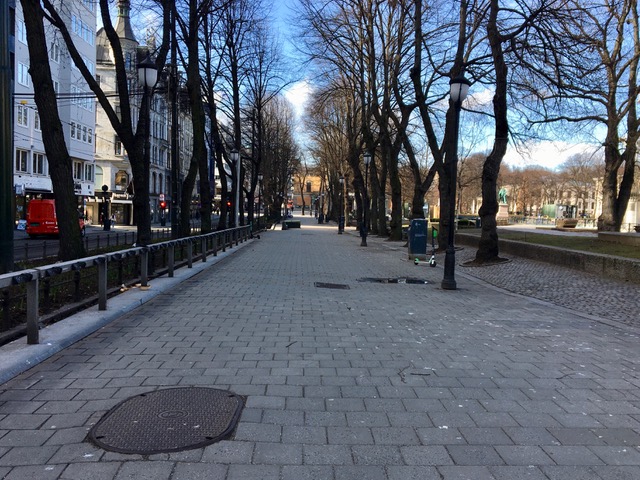 There’s simply been hardly a soul in sight, after Norwegians were urged on March 12 to “just stay home.” They’re supposed to stay at least one- to two meters apart from one another, and the vast majority were asked to work from home instead of in all the offices and public buildings in Oslo’s downtown. With none of them needing lunch, meeting for drinks or dinner after work or frequenting local stores, more business collapsed. 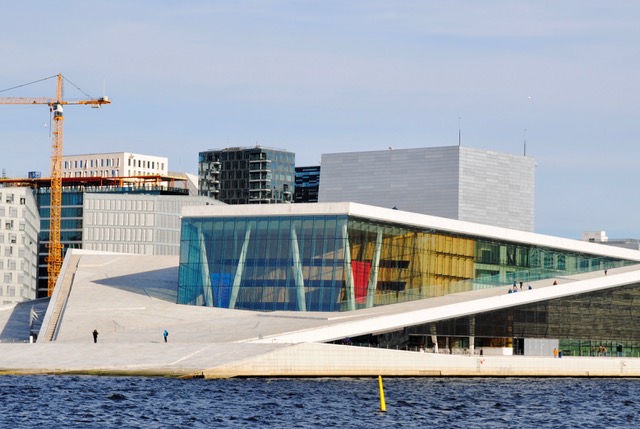 Hardly anyone was out walking around the popular roof of Norway’s national Opera House and Ballet in Oslo either, much less spending money on tickets for performances inside. All cultural and sporting events have been cancelled since the Corona crisis reached Norway, and hundreds of performing artists have been laid off. 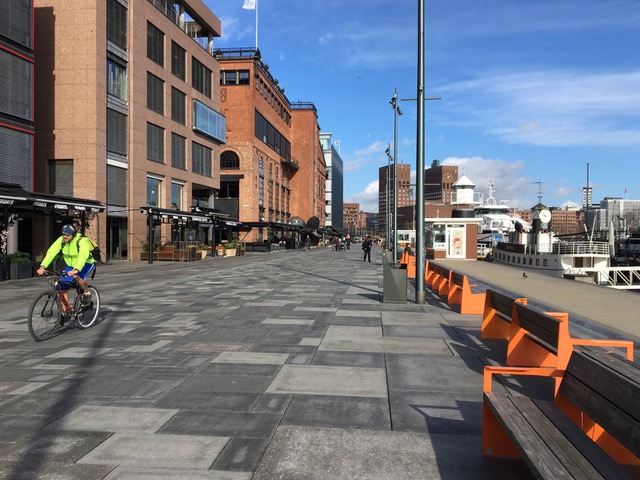 On the other side of Oslo, the busy Aker Brygge retail, residential and office complex was empty, too. Restaurants line the waterfront but all have been closed for the past few weeks. The loss of business has been called “catastrophic,” prompting a string of emergency relief measures formally approved by Parliament on Tuesday. 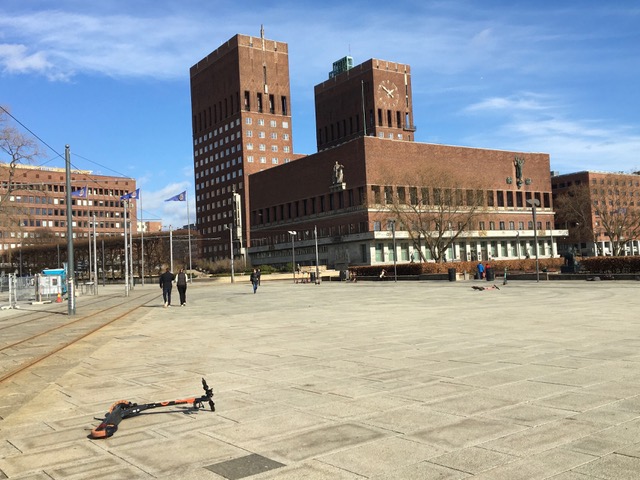 The vast plaza in front of Oslo’s City Hall (Rådhusplassen) perhaps summed up the urban emptiness best. It’s been all but desolate at a time of year when it’s usually swarming with commuters off ferries, tourists and lots of outdoor activities. With borders closed, airlines mostly grounded and cruiseships turned away, it’s been eerily quiet in the heart of town even on an early spring afternoon. The economic effects are expected to echo for months if not years to come.