Norway has once again made it into the top 10 countries in the world listed as the “happiest” by statisticians charting Gallup surveys and developmental indicators. Finland topped the ranking for 2020. 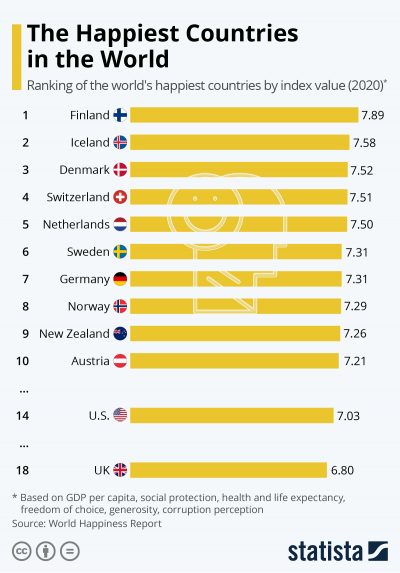 The rankings presented by Statista (external link) are dominated by Nordic and European countries, with Iceland in second place and Denmark third.

The only non-European country making it into the top 10 was New Zealand, which has long been deemed “happy” as well.

Americans seem to be happier now than they were in the previous ranking, rising from 19th to 14th place.

Norway has been considered among the world’s happiest countries for years, and topped the chart in 2017.