Premier picks up some pieces

Norwegian Prime Minister Jonas Gahr Støre had to smile through another busy and troubling day on Monday, squeezing in a forced reshuffle of government ministers just as he’s also dealing with major defense issues, record high energy prices and a pending influx of refugees from Ukraine. And then he had to stoop to a necessary task. 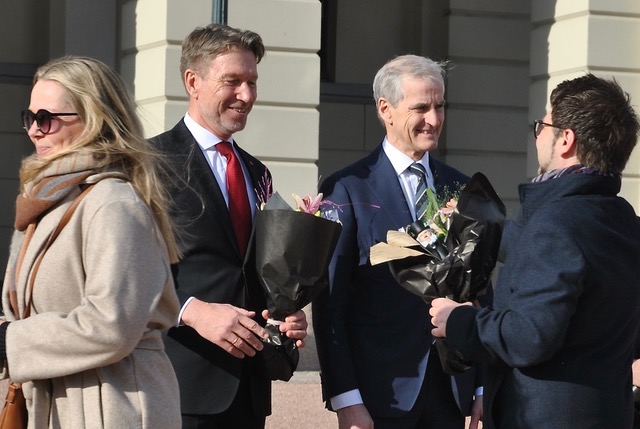 Støre (second from right) stood by his newly appointed Oil & Energy Minister Terje Aasland (second from left) outside the Royal Palace as well-wishers streamed by with customary bouquets of flowers.

There were too many flowers, though, and not enough hands. When some of them landed on the ground, it was Støre who stooped down to gamely pick them up. 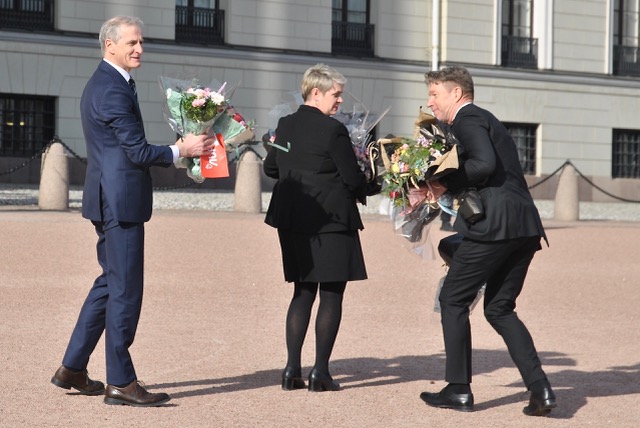 Then it was Støre holding some bouquets on behalf of his new ministers, as his new Labour Minister Marte Mjøs Persen looked on. 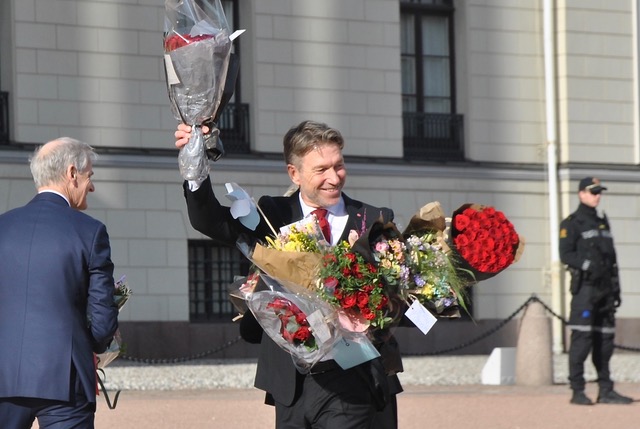 It’s Aasland’s first ministerial post, taking over for Persen after she had to take over for Støre’s former labour minister, Hadia Tajik, who had to resign. Aasland is 57 years old, comes from Telemark and most recently has been leading the Parliament’s energy and environment committee. He’s been a Member of Parliament since 2005.