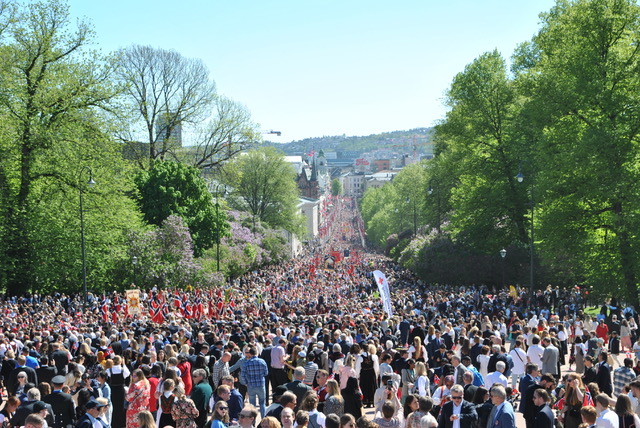 This was the scene in Oslo on Tuesday, when hundreds of thousands of Norwegians turned out for their first “proper” Constitution Day celebrations on the 17th of May in three years. After Corona cancelled most of the fun last year and the year before, they were clearly keen to mark the occasion in style, and watch a record-long parade that drew the masses to the heart of Norway’s capital. 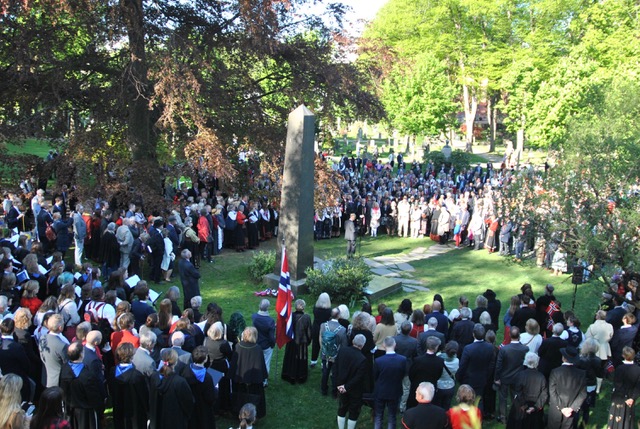 Festivities started early as always, with large crowds also showing up before 8am for wreath-laying ceremonies like this one at literary hero Henrik Ibsen’s grave in Oslo’s Vår Frelsers gravlund, which serves as Norway’s national cemetery. 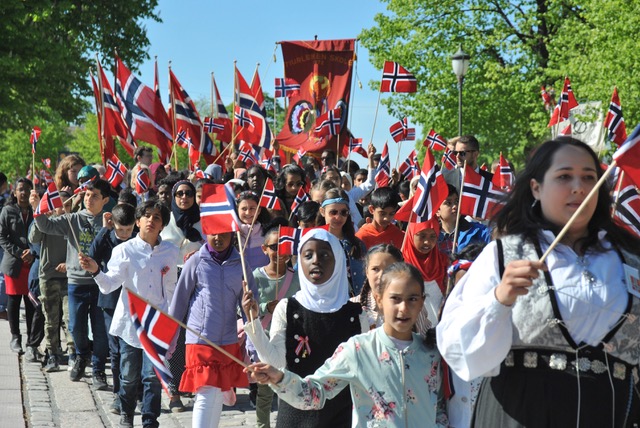 The 17th of May Parade is always the highlight of the day, and this year’s parade in Oslo set a new record, lasting for more than four hours. Fully 130 local schools participated in the parade that features children and marching bands celebrating freedom and democracy. The weather was perfect as thousands of cheering children sang and marched with their teachers and various bands playing traditional patriotic music. Similar parades were held all over the country, also in weather that wasn’t nearly as nice. 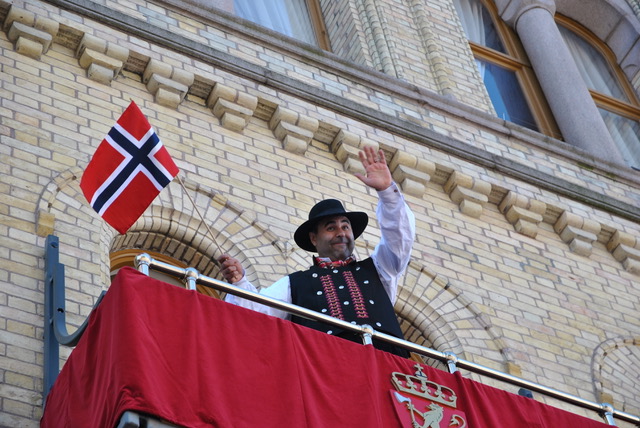 Among those waving to the parade was the president of Norway’s Parliament, Masud Gharahkhani of the Labour Party. It was his first appearance on the Parliament’s balcony after taking office following last autumn’s election, and he held out with smiles and cheers while drawing both back from below. 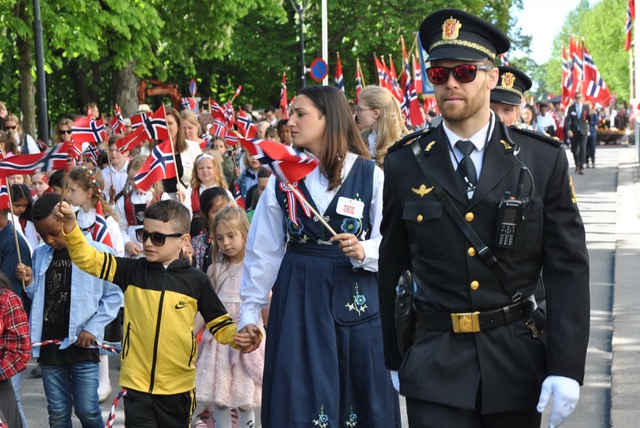 Security was tight around the 17th of May celebrations this year, even though Norway’s overall security situation and threat status hasn’t changed since the most recent evaluation. Most of downtown Oslo was blocked off to all vehicles and not even the trams and buses were running through the city center. There were some complaints that police were also armed during the celebrations, but most of them were at least in dress uniform as they monitored the parade’s progress. There were also complaints after they pulled a marching band from the national music college out of the parade because it hadn’t been registered separately from the local school it were marching with. No reasons were given for such relatively strict security measures. 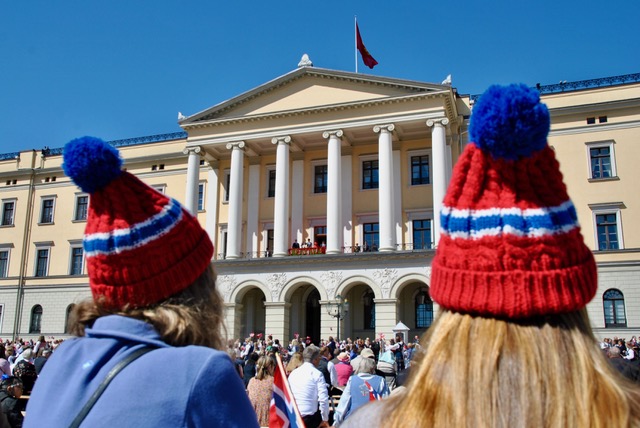 Reaching the Royal Palace is the climax of Oslo’s 17th of May parade because then everyone is greeted by members of the Royal Family on the palace balcony, albeit from a distance. The royals stand waving for hours, with individual members occasionally taking breaks. 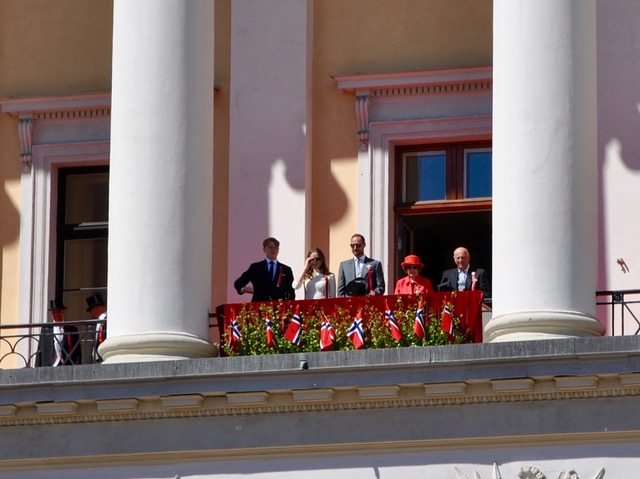 This year the Royals were represented, as always, by King Harald V (far right) and Queen Sonja, accompanied by their son Crown Prince Haakon (center) and his family. Crown Princess Mette Marit was taking a break here, but Prince Sverre Magnus (far left) and his sister, heir-to-the-throne Princess Ingrid Alexandra, were still waving as the parade extended into its third hour. All of them opted for suits and dresses this year instead of the national costumes known as the bunad. 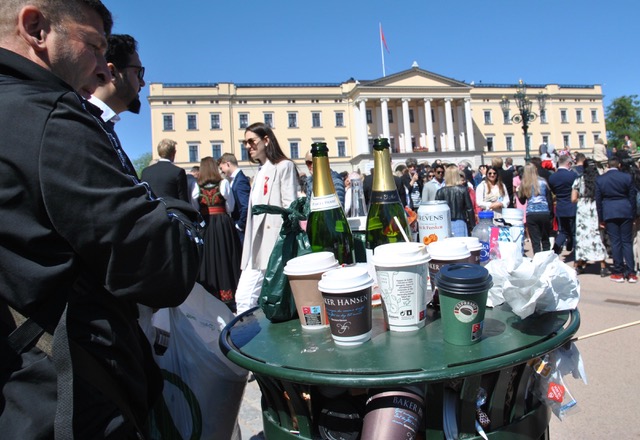 The palace grounds were packed with people, some of whom left behind remnants of their celebrations. Official events generally give way to private partying throughout the rest of the day. Norwegians seemed to crave a party this year, after the Corona crisis that cancelled traditional 17th of May celebrations in 2020 and 2021 was immediately followed by Russia’s war on Ukraine. The celebrations hearkened back, at least, to less troublesome days before Corona and the war, and before everyone needed to head back to work and school on Tuesday.