Thousands of seabirds, some of them endangered already, have died or are suffering after being covered with thick, poisonous oil spilled from a grounded cargo vessel off Telemark. Experts are arguing over what’s the best thing to do for the birds — clean them, or end their suffering immediately. Authorities, meanwhile, charged the vessel’s captain with negligence on Monday.

The captain of the vessel, registered in Panama, was also charged with failing to properly report the severity of the grounding or the danger it posed to the environment and the vessel’s crew.
The captain earlier has claimed that the vessel was at anchorage just before the grounding. The anchor chains reportedly loosened in a storm Thursday night, sending the vessel onto nearby rocks. The grounding unleashed heavy bunker oil from the vessel’s tanks.

Several environmental groups protested loudly over the weekend when state officials started killing birds found covered with oil from the grounded vessel Full City . The officials bowed to the criticism, and ordered that the birds be washed instead.A “seabird hospital” of sorts has since been set up at Langesund, not far from the grounded vessel itself. The seaside project is staffed by volunteers from various organizations including WWF, the Norwegian Ornithological Association and animal protection group NOAH.The operation has support from Norway’s Environmental Minister Erik Solheim. “There are good solutions for saving the birds, instead of shooting them,” Nina Jensen of WWF told newspaper Aftenposten on Monday. 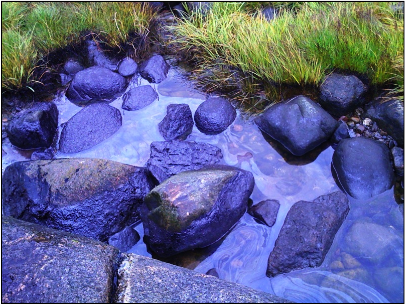 Other wildlife experts are shaking their heads. “You can’t count on saving more than 10 to 15 percent of all the birds cleaned,” said Tycho Anker-Nilssen, a senior researcher at the Norwegian Institute for Nature Research. Others agree that 90 percent of birds contaminated with the poisonous oil will die anyway, shortly after they’re released.

Oil from the grounded ship had spread as far south as Tvedestrand by Sunday evening, meaning large portions of Norway’s scenic southern coast and offshore islands have been soiled.

Authorities were cautioning coastal residents not to disturb birds found covered with oil, but rather to call conservation officials at 97 57 09 75 (Statens Naturoppsyn) . Residents were also cautioned against picking any globs of oil up themselves, because they can cause skin rashes and be a health hazard. Reports of oil slicks should instead be made to authorities in Vestfold County, at 98 26 30 41, in Telemark County, at 35 93 10 00, and in Aust-Agder County, at 37 01 38 87.

The grounded vessel, registered in Panama and reportedly operated by China Ocean Shipping Co (COSCO), has been cordoned off in efforts to contain further spillage. Oil remaining on board the vessel was being pumped into storage tanks.