Police in Asker and Bærum, just west of Oslo, have continued to investigate the mysterious kidnapping of a young Pakistani-Norwegian woman abducted from a bus stop at Høvik last week. They’ve mostly been stumped, but on Friday police arrested a 25-year-old man who they think actually seized the woman and stuffed her into the trunk of a car. 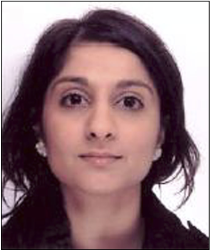 Police told Norwegian Broadcasting (NRK) that they have “reason to believe” the young man arrested carried out the kidnapping. He’s being held in isolation for two weeks, while police continue their investigation.

A police spokeswoman said the suspect “answered the description” given of him, and the arrest was based on “tips from the public.”

Information released immediately after the abduction was sparse. While police mounted armed roadblocks at border crossings and in the area, it took a while before they revealed why: A 26-year-old woman had called police herself on her mobile phone, saying she’d been physically accosted at the Fossveien bus stop on one of Høvik’s main thoroughfares, and forced into the trunk of a car.

She was calling from inside the car’s locked trunk, and she could describe her abductor as “young, Norwegian, bald or with little hair.” She said he told her he was acting on assignment from someone else. Her phone call was cut off shortly after the car had stopped.

Police were able to trace her location at the time, by use of the mobile phone network, to the Dikemark area of Asker, west of Høvik. Newspaper Aftenposten reported that police lost the phone’s signal before they could get an exact location.

NRK reported last weekend that a witness observed the abduction early on Wednesday morning, and that police later found “long black hairs” at the scene, believed to be the sign of a struggle. Police finally held a press briefing Friday and said they’d arrested a 28-year-old Pakistani-Norwegian man who the woman herself identified as possibly being behind the abduction, “because he had bothered her” in the past. So now there are two suspects under arrest.

Family and colleagues of the woman confirmed to police that the 28-year-old had harassed the woman, describing him as an unwanted suitor. The man, a taxi driver who Dagbladet reported was involved in a shooting episode in 2000, remained in custody Monday on kidnapping charges. Newspaper Aftenposten later reported he has several ties to criminal gangs in Oslo. He has denied any connection with the kidnapping.

On Monday, newspaper VG reported that the woman had wanted to move out of her parents’ house and obtain a secret identity, because she was afraid they would force her to marry a man in Pakistan. Aftenposten reported her parents were in Pakistan last week when the abduction occurred but have now returned to Norway. They initially asked police to withhold their daughter’s name, Faiza Ashraf, and photo, but went along with police request to do so late Monday afternoon.

Police downplayed theories that Ashraf, who has worked for several years for clothing firm Hennes & Mauritz at the Oslo City shopping center, had arranged her own kidnapping, because she wanted to get away from her family. “We’re keeping all possibilities open, but we wouldn’t be holding a suspect if we believed it was probable that she ran off voluntarily,” Olav Brubakk of the Asker og Bærum Police District told Aftenposten.

Norway’s state criminal investigative unit, Kripos, was called in to aid the investigation. Police were urging any members of the public who may have information about Ashraf to call them at 67 57 61 20.
(Story written February 8, updated February 9 & 12, 2010)