New cathedral lives up to its name

PHOTO FEATURE: It’s called “The New Cathedral of the Northern Lights,” and it’s already reflected them even before its formal opening last weekend. The spectacular building in Norway’s far north has been a long time coming, but it got a royal welcome and is considered a new local landmark. 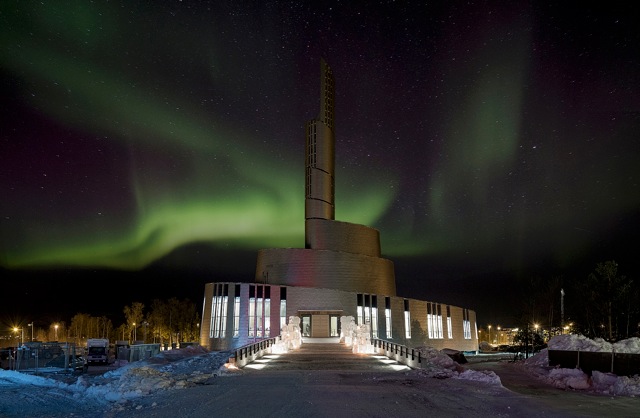 The new cathedral in Alta, Finnmark County, is more than a new main church for the local congregation. It’s meant to be a community gathering place, a venue for concerts, cultural events and study, and for simply watching the Northern Lights (aurora borealis) that often dance over the Arctic skies and were first scientifically deciphered from a nearby mountaintop. It’s been 50 years since plans for a new church in Alta were first launched, and 12 years since the project finally got to the stage where Alta officials could hold an architectural competition for it, which was won by Schmidt Hammer Lassen Architects of Denmark in cooperation with Link Arkitektur AS of Norway. It cost EUR 16.7 million (around NOK 120 million) to build and has been under construction for four years. 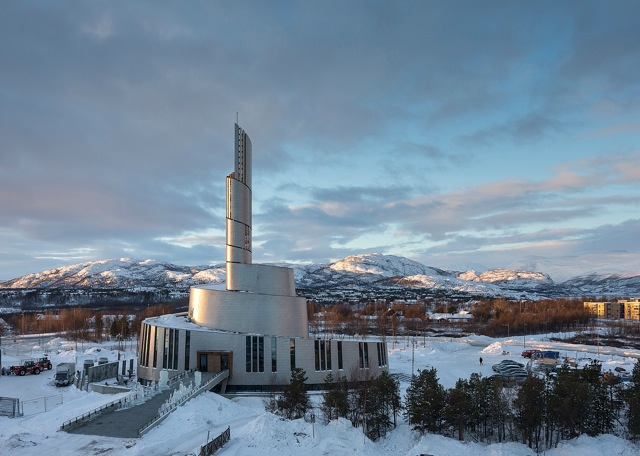 It’s still not completely finished but official opening ceremonies were held over the weekend with Crown Princess Mette-Marit in attendance. Its design is meant to reflect the surrounding nature and local culture, according to the architects, with its facade able to reflect the Northern Lights during the winter months. Its interior features concrete and wood, with seating space for 350 persons in its main room plus offices, classrooms and exhibition areas. 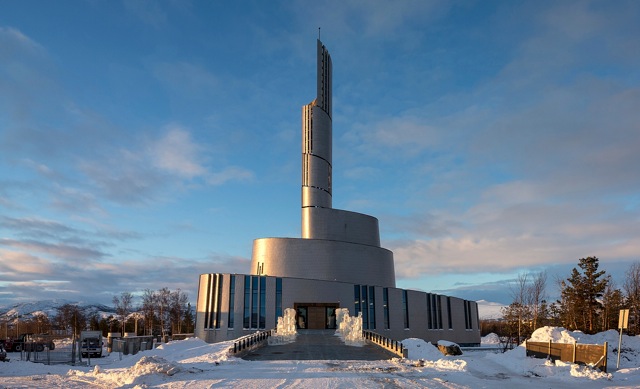 The local congregation has been conducting opening festivities all week long, including concerts, school visits, morning prayers, ice sculptures and a light show. Weddings are expected to begin this spring.