PHOTO FEATURE: The Norwegians call it “julefred,” an unusually quiet period that begins around 3pm on “julaften” (Christmas Eve). Stores and offices close for at least two days, many hotels and restaurants already have, and even the public transportation system shuts down for a few hours when the Christmas holidays in Norway officially begin. 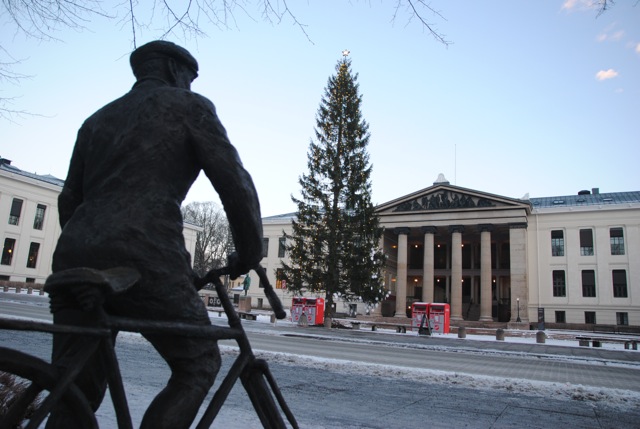 There already were noticeably fewer folks rushing along Karl Johans Gate, Oslo’s main boulevard, on Lille julaften (literally “Little Christmas Eve” on December 23). This photo was taken shortly after Oslo’s mid-morning sunrise, from behind the statue of World War II resistance hero Gunnar Sønsteby. It was recently moved to its current location on Karl Johans Gate where he once famously sat on his trademark bicycle and watched Nazi German troops march through the city after their invasion in 1940. Five distinctly non-peaceful Christmases followed, but the street later resumed its role as a ceremonial venue for all major parades and public events. In the background: the original campus of the University of Oslo and the city’s Christmas tree with its Salvation Army donation boxes. 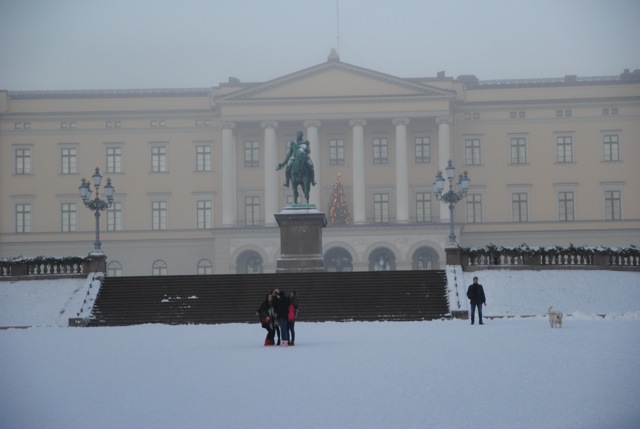 The heavy fog that hovered over the inner Oslo Fjord for several days just before Christmas still shrouded the Royal Palace at the top of Karl Johans Gate, but a weekend snowfall brightened up the landscape. Here, some tourists pose for a selfie with the mostly vacant palace in the background. The royal family has moved up to their timber lodge in the hills above Oslo, where they were celebrating Christmas Eve and Christmas Day. 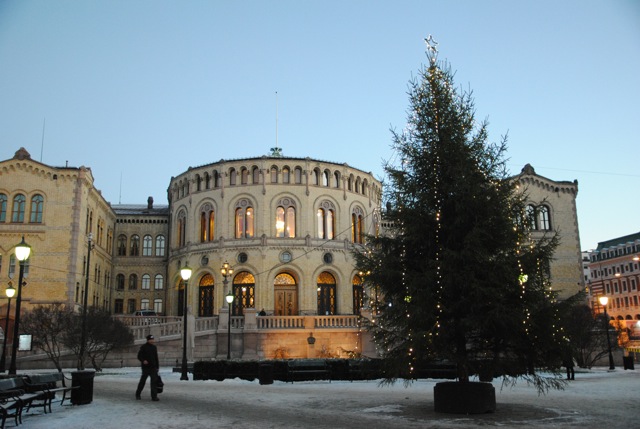 At the other end of Karl Johans Gate, the Norwegian Parliament was surrounded by one large Christmas tree and many smaller ones, meant to represent all the fylker (counties) in Norway as the country wrapped up its year of bicentennial festivities in 2014. The fog lifted in a matter of minutes, and skies were due to be mostly clear through the Christmas holidays. 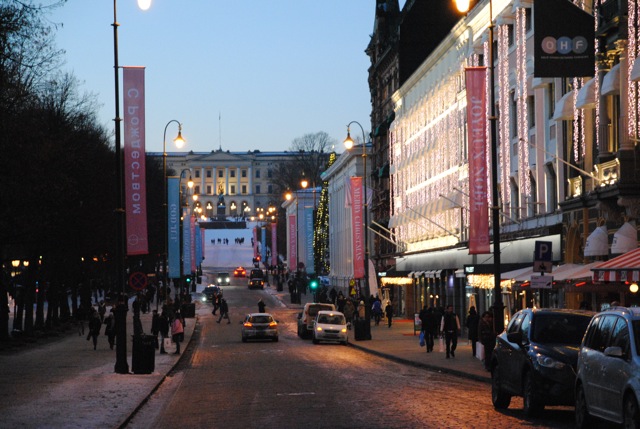 In between the Palace and the Parliament, last-minute shoppers scurried around Karl Johans Gate before stores and the annual outdoor Christmas market closed for the season. Banners set up along the boulevard offered holiday greetings in several languages. 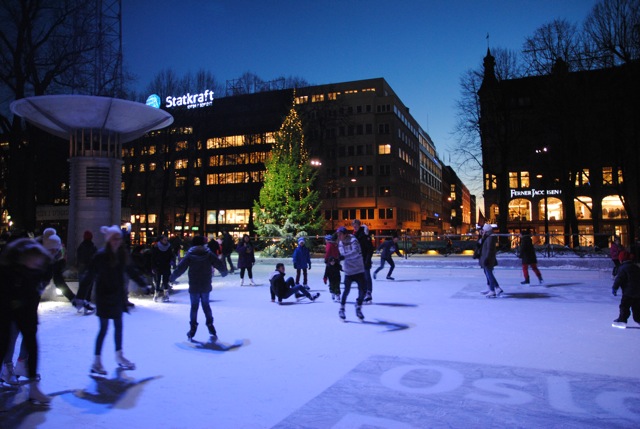 Many took time later in the day to go skating on the outdoor rink along Karl Johans Gate that’s open all winter. This photo was taken during what the Norwegians call blå timen, just after sunset (which occurs in mid-afternoon at this time of year) but before darkness settles in, when the skies literally become dark blue. 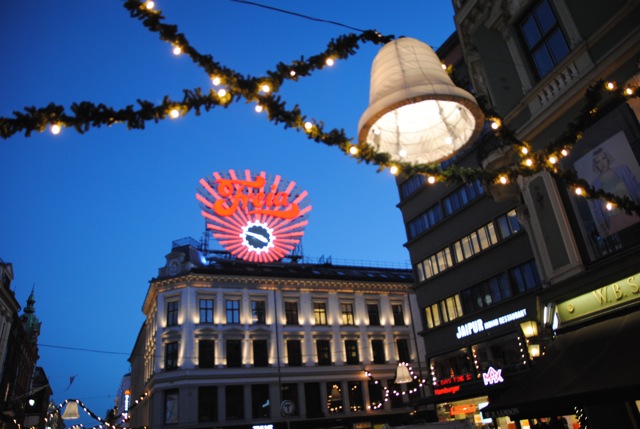 Lights shone over the lower end of Karl Johans Gate, which for decades has featured the illuminated clock advertisement for Freia Chocolates, all year round. Happy Holidays to all our readers!