Winter is coming… just not sure when

PHOTO FEATURE: After the warmest October on record, November has offered more seasonably appropriate temperatures, at least until now. Ice was forming on lakes in the hills around Oslo over the weekend, but state meteorologists predict the weather might warm up again.

The trees and trails in some areas of Nordmarka, the forest just north of Oslo, were dusted with snow and heavy frost on Saturday, and the ground was frozen. That meant that some lucky skiers were able to take their first trek of the season, along a groomed trail that runs along the southern shore of the lake known as Mylla. 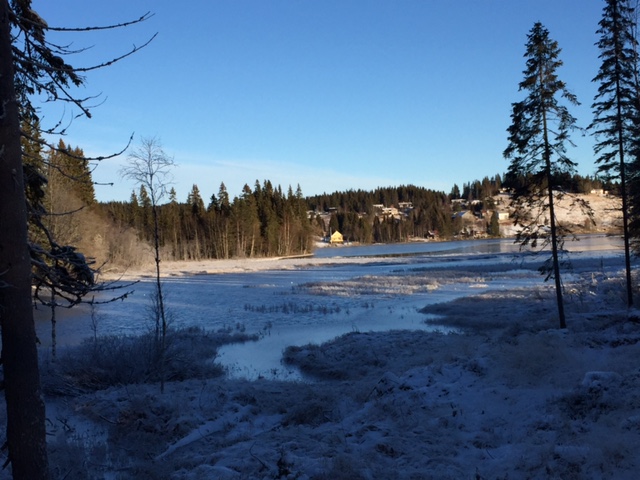 Ice was forming on the lake, like here looking north from Åsjøvika on Mylla, and despite (or perhaps because of) the blue skies and sunshine, temperatures were low, at around minus-8C. The cold snap may be fleeting, however, with the meteorologists at yr.no warning that a low pressure system moving in from Iceland, along with winds from the south, could raise temperatures as high as 10c (50F) along the west coast of southern Norway. Lots of rain was expected on Thursday and Friday.

The weather was also expected to turn grey and mild in the Oslo area, dashing hopes that surrounding lakes would freeze over enough to make it possible for skiing or skating. It may even rain at elevations of 1,000 meters or higher. Here at Mylla, known for its good cross-country ski trails, the elevation is just under 500 meters. 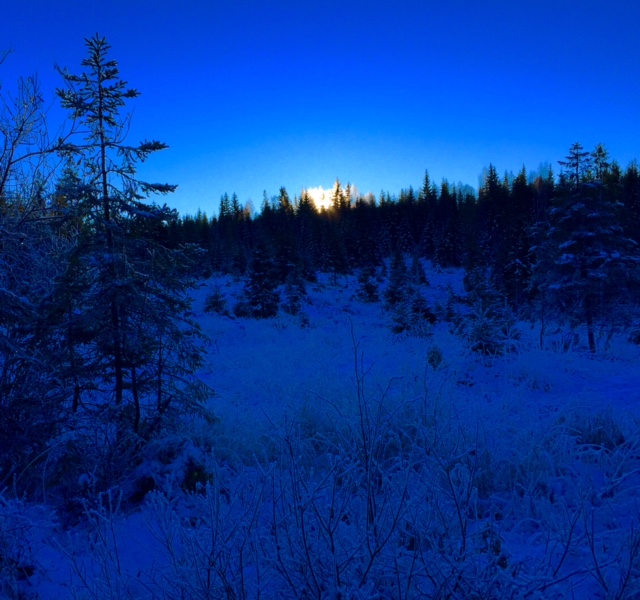 The sun has already dropped below the horizon in Norway’s northern counties of Finnmark and Troms, and it’s low in the sky all over the country these days. The so-called mørketiden (“dark time”) of the year, though, can actually offer an array of colors, like the “blue hour” when daylight fades in the mid-afternoon. Northern Lights are also flashing across the sky in many areas, and where the sun still appears, the long sunrises and even longer sunsets can be magical, when it’s not raining.