The secrets of the ‘Christmas calendar’ 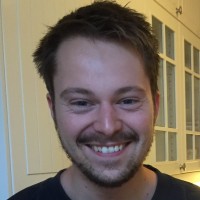 EXPATRIATE MUSINGS: Axel Johnson is a relatively recent arrival in Oslo, from Sweden. Although many expatriates in Norway may lump the Scandinavian countries together, they have many different customs and, not least, holiday traditions. Johnson has learned a lot the past few weeks about one Norwegian tradition that’s become increasingly elaborate in recent years: the local version of advent, or Christmas, calendars known as julekalenderen. Here’s his account:

On the evening of November 30th, my Norwegian girlfriend turned to me and smiled. “I have something I want you to see,” she said and nodded towards the hallway of our mutual home. I was instantly worried.

As a relatively new addition to my girlfriend’s cozy apartment in Oslo’s Grünerløkka district, I occasionally do things that put her patience to the test. Messy piles of clothes lying around, water on the bathroom floor. Things like that.

Luckily for me, this was about something completely different.

She followed me to the hallway where she showed me a wooden plank that occupied almost half of the wall. On it were 24 carefully wrapped and numbered gifts and big white letters forming two familiar words: GOD JUL “Merry Christmas,” of course, in Norwegian as well as Swedish.

I turned towards my girlfriend with a look of joy and confusion.

“It’s a Christmas calendar,” she announced with a big smile on her face. “One gift for each day leading up to Christmas Eve. Don’t you have that in Sweden?”

“Hmm, no,” I mumbled, still a bit overwhelmed by the fact that she actually had taken the time to buy me that many presents.

Big business
Since this was my first contact with, for me, a mysterious cultural phenomenon, I felt I had to do some research. I discovered that the pakkekalender that my girlfriend had made for me has been a tradition in some Norwegian families for decades. I learned that it started out with modest gifts, like a chocolate bar or a small plastic toy, but that both the presents and the esthetics of the calendar itself have changed during the years. A lot.

Even though I suspected that we were talking about an emerging industry, I almost couldn’t believe it when I read that Norwegians would spend an estimated NOK 1 billion (USD 115 million) on their Christmas calendars in 2015 alone.

With calendars advertised in seemingly every shop window, and magazines and newspapers writing article after article about the perfect 24 gifts for the son or daughter, boy- or girlfriend, husband or wife, the phenomenon seems to reach new levels of hysteria every year.

‘Unhealthy?’
In early December, state broadcaster NRK interviewed a family therapist who stated that the attention put on all these gifts is “unhealthy.” That’s a point hard to argue with. Just imagine a family with three children. That’s 24 gifts, times three. That’s 72 gifts for three different calendars. That, plus the presents for Christmas Eve that amazingly enough are not included, can put a strain on the family economy however small the gifts are. Then there’s the time demanded to do all the shopping and gift-wrapping, and to meet no small degree of expectations.

The julekalender concept has also taken on new dimensions, with everything from media outlets to organizations and state agencies like the Ministry of Agriculture creating their own versions to suit their purposes. The ministry, for example, has been running an online julekalender that promotes a specific Norwegian food item every day.

It seems to me that the once-modest Norwegian Christmas calendar tradition has become a victim of modern consumerism. I can’t help but wonder: Is this really the idea?

My theory is that everybody is aware of the pressures and consumerism behind the Norwegian julekalender. The only problem is that the tradition itself is so irresistible.

Take me, for example. I quickly noticed that my own Christmas calendar became a constant source of joy. With feverish excitement, I’ve been opening a new gift every morning. And it doesn’t really matter what’s inside. On December 3, I opened my daily package and found a washing cloth inside. A hint as good as any, I guess.

My girlfriend and I have already decided that we want to continue this tradition. Now, I guess, there’s no going back. Who was I trying to fool anyway? Once in Norway there’s really no escaping the allure of the Christmas calendar.