PHOTO FEATURE: Fornebu, the former site of Oslo’s main airport just west of the city, has been undergoing a major transformation since the airport closed and a new one opened at Gardermoen in 1998. It’s taken time for Fornebu’s redevelopment to take shape, but now the former runways are parks, new residential and commercial projects have opened and a new sculpture park that’s the work of a-ha musician Magne Furuholmen debuted this summer. 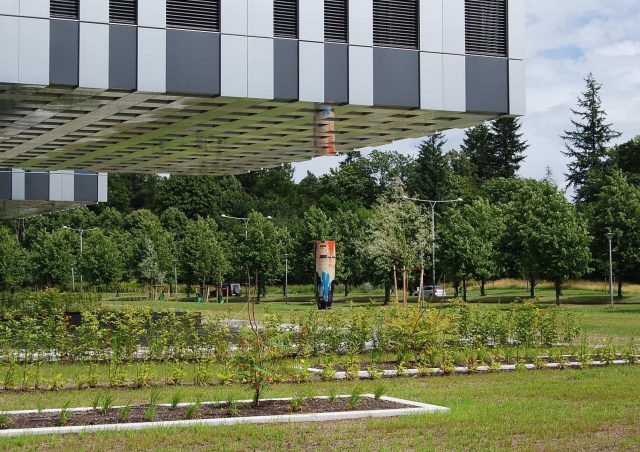 The sculpture park has been billed as the largest collection of works by a single artist since Gustav Vigeland’s park opened at Frogner in Oslo. The artist is Magne Furuholmen, still best known as a member of the legendary Norwegian rock band a-ha but also busy forging ahead as a multi-faceted sculptor, performer and artistic leader, given his new role as chairman of the annual music and art festival in Bergen. 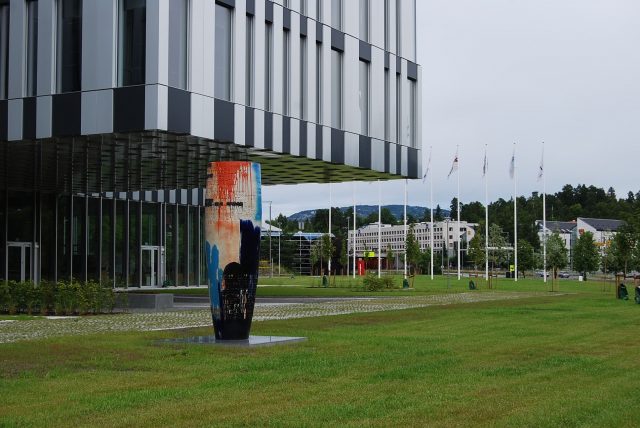 Furuholmen received his commission for the sculpture park, which features several large ceramic vases, from industrialist Kjell Inge Røkke and Røkke’s Aker concern, which recently moved into new headquarters at Fornebu. The company is in the midst of a major market downturn caused by low oil prices, and has otherwise been slashing costs and staff, but Røkke wanted a park around his new office buildings. 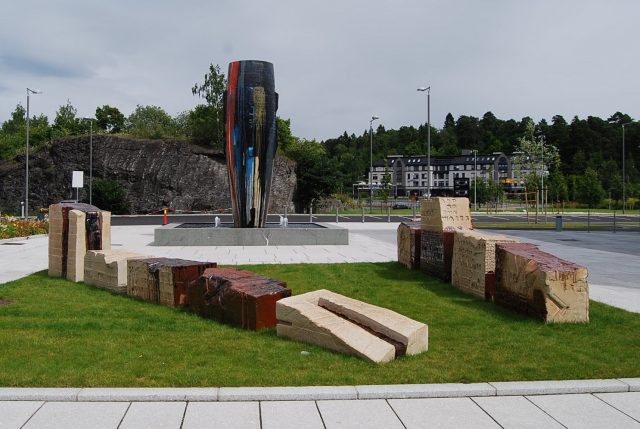 Newspaper Aftenposten reported that Aker has spent more than NOK 200 million (USD 23.5 million) on the outdoor areas. In addition comes Furuholmen’s commission, which neither the artist nor the company would reveal. “The project became more extensive and expensive than first expected when we ordered more sculptures,” Torstein Storækre, chief executive for Aker’s Fornebuporten AS, told Aftenposten. “Nevertheless we think we’re getting a lot in return for the money. This park adds something extra to the area.” 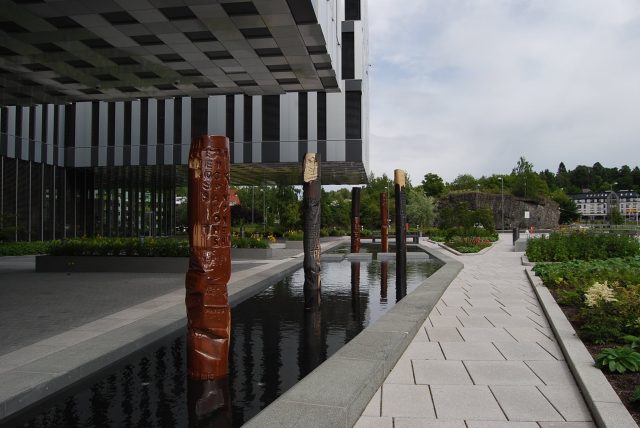 “The goal was to create a park that can be experienced in different ways and at different times, with water in the summer and steam in the winter as an atmospheric element, in addition to the lighting,” Furuholmen told Aftenposten. The park itself includes nearly 50 ceramic elements, some of them covered with Furuholmen’s own poetry and able to be used as benches. “The ambition has been to make a solid footprint that gives the area character,” Furuholmen said. “So the park grew in scope and complexity.” 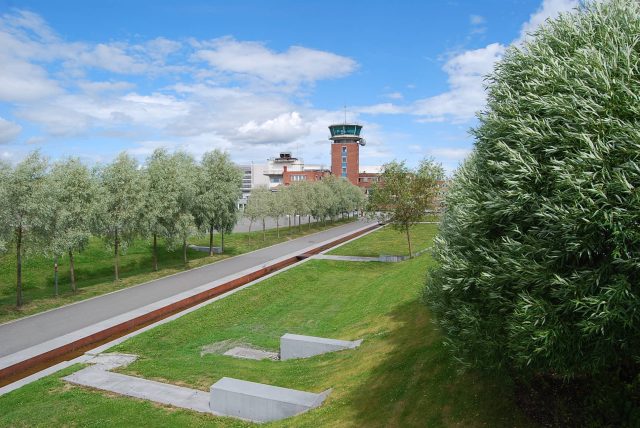 Visitors wandering around the sculpture park can escape any complexity they may encounter by moving on along Fornebu’s paved and signed pathways, past Telenor Arena and towards the preserved air traffic control tower at the old airport. The public park continues westwards, through still-open space punctuated by other artists’ works, ending at the beach park completed several years ago. 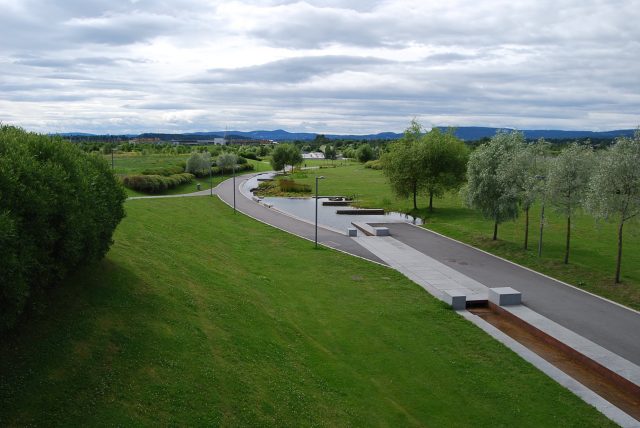 Here’s the view of the park built along the former runways, which extends to the beach park. In the distance are the hills of Asker and Bærum. One idea for a Sunday stroll is to take a bus to the first stop on Fornebu, just outside Aker and Furuholmen’s sculpture park that’s adjacent to Telenor Arena. Wander around the sculpture park, then onwards to the old airport building that now houses a restaurant and another art center, and then on to the beach park. There are a few other restaurants and cafés at Fornebu now, including one fjordside at the site of the seaplane harbour. There’s also a new shopping center, and busstops back to the city. The grounds around the headquarters for Telenor and Statoil are worth walking around, too.