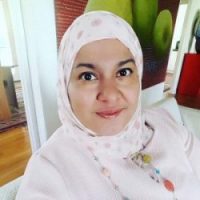 EXPATRIATE MUSINGS: As Norway continues to grapple with its newfound diversity, and settle thousands of refugees, a visiting American thinks that “what made America great, can make Norway great, too.” Anisa Abeytia, a Stanford graduate from California working on a documentary about Syrian refugees in Europe, has spent quite a bit of time in Norway, and shares her thoughts and observations.

Last summer I found myself in Norway for seven weeks, attending the University of Oslo to study international development and to complete filming a documentary about Syrian refugees.

Traveling throughout Norway for an entire summer revealed a Norwegian affinity for the United States. Everywhere I went, from Oslo to Kristiansand, I saw traces of my home country (the US), not only in the excellent English so many speak, but in little cultural appropriations.

Models on bus signs advertising language classes donned pink cowboy hats, and burger joints touted their authenticity as American eateries. Even traces of Americans’ love of Mexican food confetti the streets of Oslo like the spilled candy of a piñata. American culture seemed to have rooted itself here.

‘Felt at home…’
Fortunately for me, Norwegian affection for the US extends to Americans and it made navigating my way around easier. Shopkeepers were more than happy to convert metric measurements to the US’ standard system, ensuring that I bought the right amount of pasta salad for one person and not 10.

Although famously known for being a country of introverts, I found that once Norwegians discovered I’m American, they were happy to chat. What most wanted to know was my impression of Norway. The answer was easy: I felt at home.

This was my second trip to Norway in less than a year and signs of change were visible, particularly in the south. New faces, shops, languages and clothes mixed on the streets of sleepy, southern fishing towns and dakbe, traditional Arabic folk music, lulled across Mandal’s harbor.

… because of ‘growing diversity’
I’m sure this change is unsettling for some, change always is. Yet it was the growing diversity that made Norway feel like home, even more than the Norwegians I heard speaking English with perfect American intonation.

Norway has always been diverse since its early days as a cosmopolitan trading hub. Many newly minted Norwegian citizens are people not completely unfamiliar to Norwegian history. They were a part of traditional trading routes. However these new people are no longer trading partners, but neighbors and colleagues here to stay.

Change is difficult. The US has been in a state of flux since the Mayflower first arrived on the shores of the New World. Norway is a changing place too, as is the rest of the world. In the space of less than a year the refugee crisis altered Europe in unexpected ways. The world arrived on the shores of Europe in one summer, just as Europeans once docked their ships in the New World and beyond.

Adapting to change
This is not the first time the world experienced a huge demographic change. Europeans, as they spread across the world, altered migration patterns and set off as immigrants hoping to be accepted by the people they encountered in new lands. The US and the Americas were a recipient of large numbers of Europeans.

America’s legacy is not benign or devoid of ethical or moral conundrums: It is rooted in slavery, genocide, discrimination and racism. It is a stain that cannot be erased.

There is also much to admire about the US, and when I reflect on the good, the bad and the ugly of American culture, our incredible success that inspires world admiration can be attributed to events that made our population diverse.

The importance of inclusiveness
Diversity in itself is not the great hallmark of American culture, inclusiveness is. What Americans once saw as a weakness ultimately turned out to be our strength. As we altered our once-racist laws to embrace the diversity of our citizens, it acted as a catalyst allowing for novel ideas and creativity to produce innovation that literally took us to the moon and beyond.

The genius behind America’s success are the dreams and hard work of immigrants who brought successive waves of new ideas, skills and labor, ensuring that the US would remain competitive in every field.

Norway’s diversity is a growing strength that was garnered without American moral or ethical conundrums. Instead it stemmed from the generosity of the Nordic host model, and it can serve the country well when leveraged to stimulate innovation and foster a sense of belonging for those newly arrived.

Integration efforts
Diversity in itself is not a winning formula for success. The ability to welcome refugees and their children as full Norwegians, and not as immigrants or the children of immigrants, is the test that lays ahead.

These new refugees are struggling to find a balance between the old lives they were torn from and the opportunity they have to start over in Norway. The success or failure of Norway’s newest citizens is based on a symbiotic relationship with the kommuner in which they now live.

Pluralism is an indicator of a healthy society, and the work I saw happening in Southern Norway centering on dugnad (a shared effort) is a testament to the desire and ability of the Norwegian people to integrate thousands of refugees and welcome them home.

Anisa Abeytia is a writer and researcher with an interest in Syria, the Middle East, the refugee crisis and the US. She regularly explores the topics of identity and culture in her writings. Her work is featured in the Hill, New Arab, Orient.Net English, Fremmed.no, Brunei Times, Dubai Sun and the Muslim Vibe. She is the director of Anywhere but Home, a documentary about Syrian refugees in Norway. She hold a bachelor’s degree in creative writing from the University of Southern California and a master’s degree from Stanford University.