The summer magic of Norway’s ‘marka’

PHOTO FEATURE: Most Norwegian towns and cities are surrounded by local hills and forests known as marka. They provide a fantastic rereational getaway for hiking in summer and skiing in winter, accessible by local transport lines, parking lots at trailheads for those with cars, or simply by walking out the door. In Oslo, the magic of marka can offer great stress relief, and mini-holidays far from the maddening crowds. 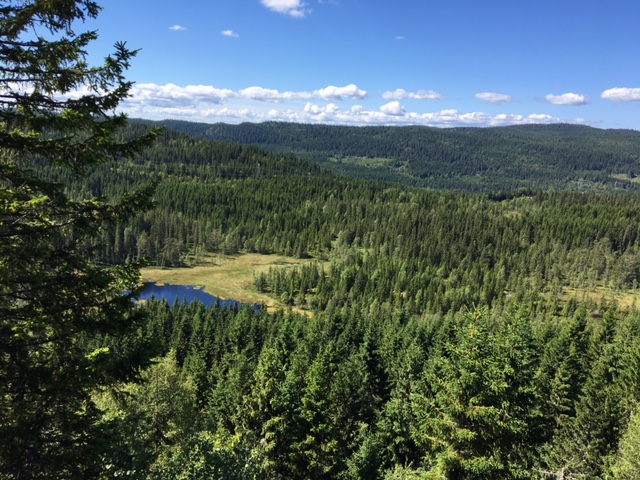 Oslo, for example, is surrounded on all sides by hills and forests, from Kjekstadmarka and Vestmarka in the west to Nordmarka in the north (pictured here), Østmarka in the east and Sørmarka in the south. Detailed trail maps for the various regions are available in local book- and sporting goods stores, as well as at the Norwegian trekking association DNT’s retail outlet on Storgata downtown. This photo (above) was taken from Kveldsrohøgda in Nordmarka, looking west towards the mountains. 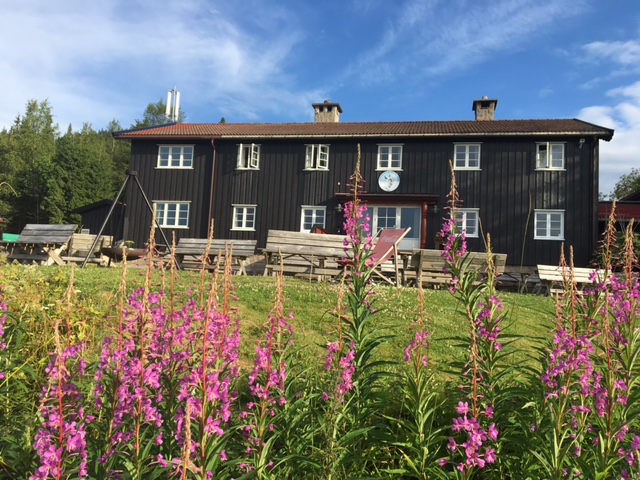 Once armed with a trail map, the possibilities are endless, but here’s a proposal for a few days’ basic holiday with none of the travel stress of airports and long-distance travel. An old, traditional Norwegian lodge known as Kikutstua, in the heart of Nordmarka and accessible only by hiking, biking or skiing, has been staying open during the summer months in recent years and welcomes overnight guests from Wednesday through Saturday. Kikutstua is owned and operated by the local ski association Skiforeningen, and members get a discount. Book in advance and you’ll be welcomed after a hike or bicycle ride through Nordmarka with a bunkbed made up with crisp white sheets and towels, showers and toilets down the hall, a three-course dinner, breakfast and fresh-baked bread and rolls for packing your own picnic lunch the next day. 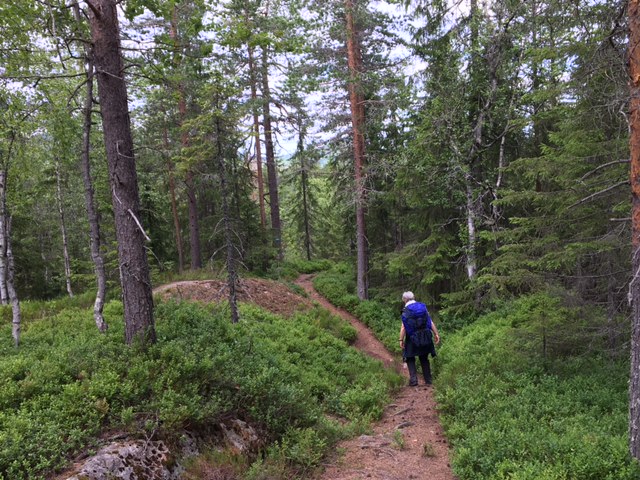 Starting points from Oslo include the forest roads or trails from Sørkedalen skole, Frognerseteren, Hammeren or Skar in Maridalen, for example. All are accessible by bus or metro (T-bane) from the city. The classic hike is from Frognerseteren, due north on blue-marked summer trails (ski trails are marked in red) to Tryvann, Studenterhytta and on to Kikutstua. The hike is around 12.5 kilometers via forest roads and the trails marked in blue on the summer version of the Nordmarka trail map, with signs posted along the way. Start early, eat your matpakke (packed lunch) at Studenterhytta and try to arrive at Kikutstua by 4pm. That will allow time for unpacking, a shower and drinks before dinner is served promptly at 6pm. 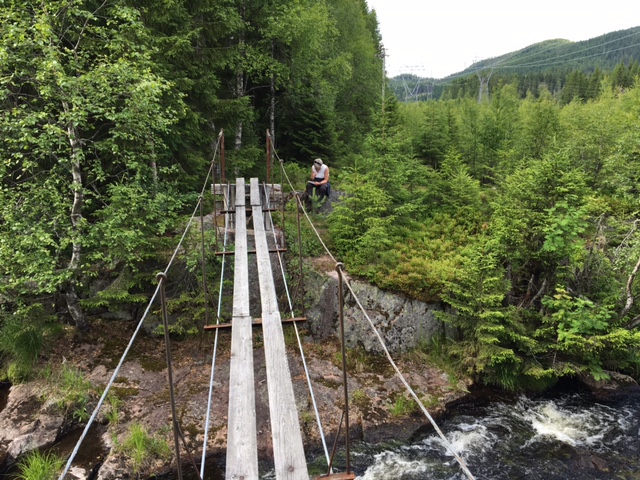 It’s possible to rent canoes, paddles and lifevests at Kikutstua or bicycles for more exploring. Not far away, just off the trail at Damtangen between the lakes Fyllingen and Bjørnsjøen, is this hanging bridge used by workers when dams were being built in the area. It offers a bit of Indiana Jones-type adventure in an otherwise peaceful landscape. 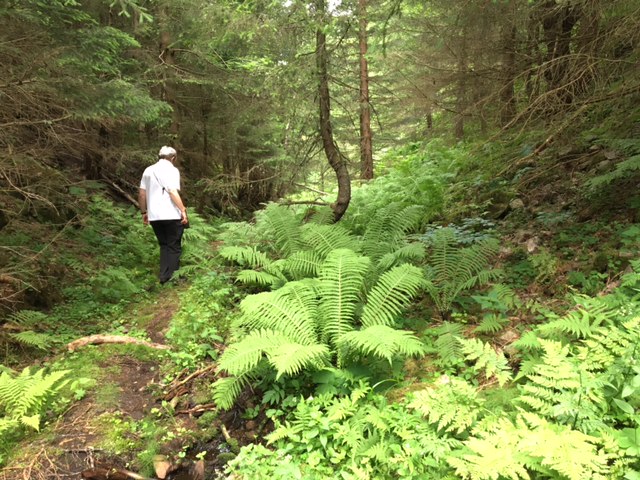 You can also wander through lush fern groves, a bit of Hawaii-like atmosphere in the heart of a Norwegian forest. This one was found in Deledalen, just east of Kobberhaughytta, another lodge in Nordmarka but closed in July. 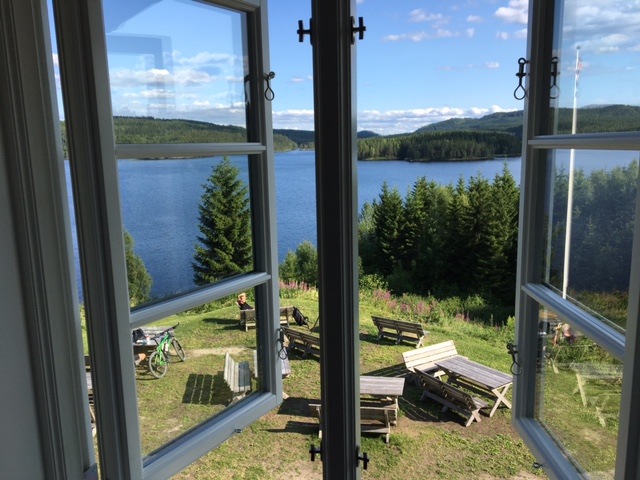 It’s also entirely possible to simply relax in a room-with-a-view at Kikutstua, looking due south over the lake Bjørnsjøen. Just behind the hills in the distance, around 12 kilometers as the crow flies, is Oslo. So close, yet so far.