PHOTO FEATURE: Norwegian artist Bjarne Melgaard offered his own unique way of launching the holiday season in his homeland’s capital during the weekend. At the invitation of Oslo’s Astrup Fearnley Museum, Melgaard decorated the museum’s indoor Christmas tree this year, and it drew quite a crowd to the museum’s lobby. 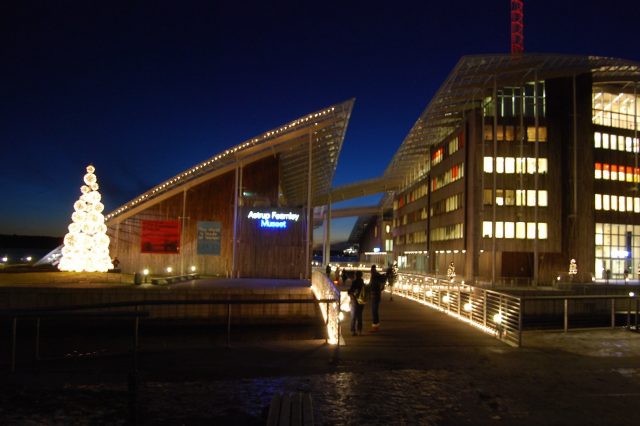 The Astrup Fearnley Museet (Museum), which opened in 2012, is decked out in holiday lights at its fjordside location in Oslo, but museum director Gunnar B Kvaran said he and museum staff thought something was missing. Why not ask an artist to decorate the museum’s Christmas tree this year, recalled Kvaran, and why not make that a tradition? 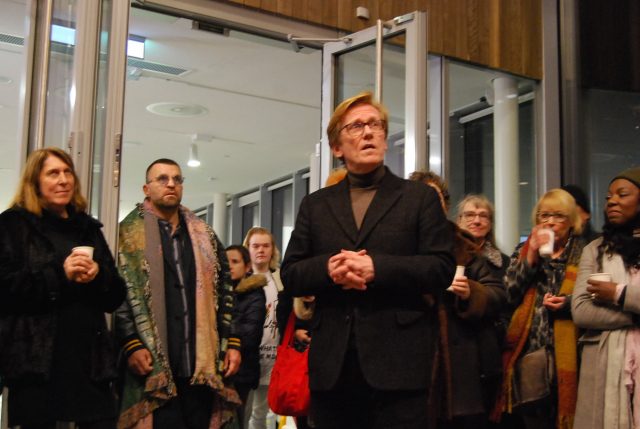 “The first artist we thought of was Bjarne Melgaard,” Kvaran (center) told those assembled for the unveiling of the tree Friday evening. Melgaard, who stood by quietly in the background (second from left) at Friday’s event, agreed and got to work making ornaments for the tree that Kvaran called a “blend” of traditional and decidedly non-traditional Christmas tree design. 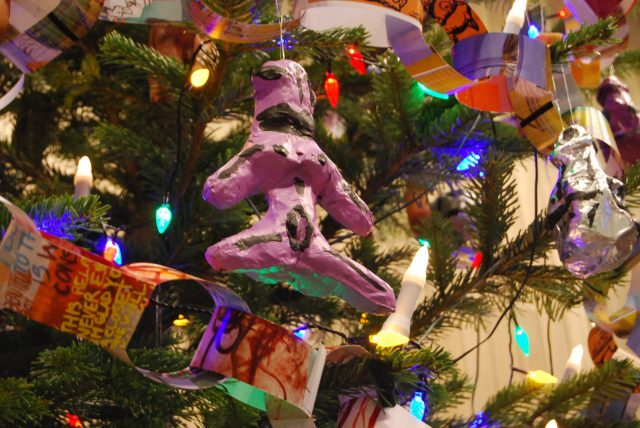 “We knew it wouldn’t be a traditional tree,” Kvaran added, given how Melgaard’s subject matter often revolves around sexuality, race and politics. Melgaard has exhibited at Astrup Fearnley before, and the Munch Museum’s exhibit in 2015 (which paired works of Norway’s most famous artist Edvard Munch and Melgaard) generated complaints, including one filed with the police. It was later dropped, but Melgaard remains locked in a conflict with residents living at the Ekely artists’ colony in Oslo, where Munch once lived and worked. They’re furious about Melgaard’s project to build a highly unconventional house he wants to die in, claiming the unusual structure will leave a permanent scar on the landscape. Melgaard has scoffed at their protests, while recently making some concessions and modifying the project in cooperation with architect Snøhetta. The project recently won approval from the City of Oslo’s cultural conservationist but the conflict over it remains unresolved. 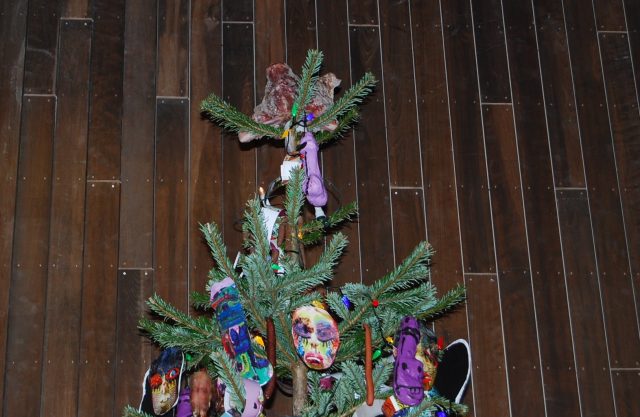 Melgaard’s Christmas tree ornaments, meanwhile, included various parts from the body of a pig, along with artistic variations of other sexual organs. The tree was topped by a pig’s head instead of a star. Kvaran noted, however, that pigs are a traditional part of Christmas in Scandinavia and elsewhere, and pork is served in a wide range of dishes. The tree itself was a conventional fir. 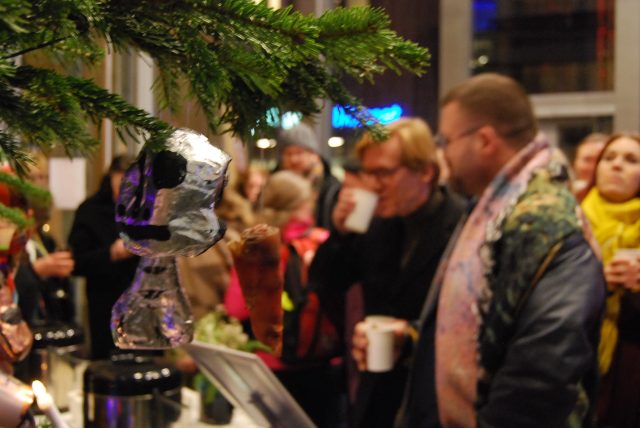 Traditional Christmas music also played in the background during Friday’ event, while Kvaran, Melgaard and guests sampled a variation of traditional Norwegian Christmas gløgg, a warm drink served throughout the holiday season. 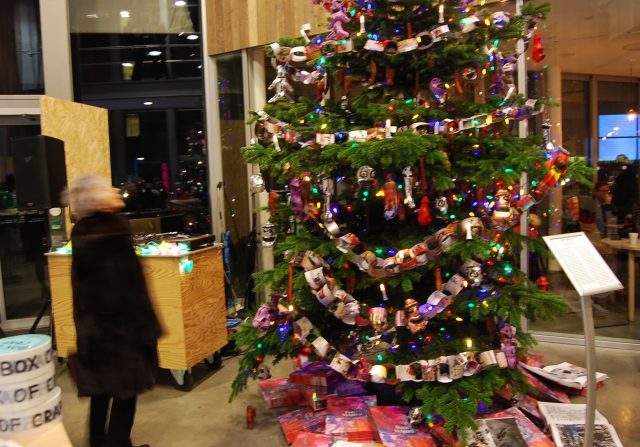 The tree will remain up through Norway’s long holiday season. A julemarked (Christmas Market) was also set up around it in the museum lobby, with both traditional and non-traditional holiday gifts on offer, from colouring books for children to masking tape reading “A box of crap.” Piles of a book about Melgaard’s works were placed under the tree. 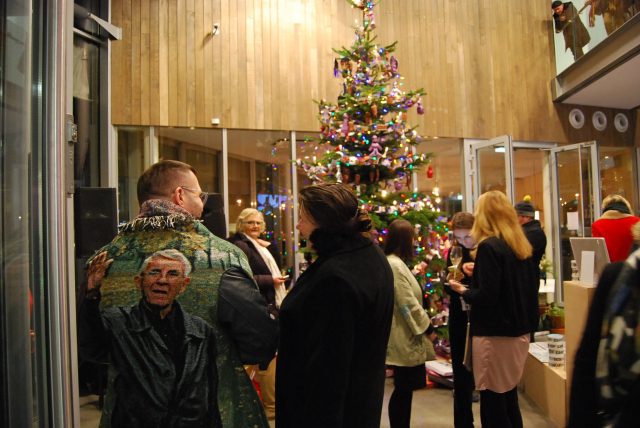 Melgaard wandered around the museum lobby wearing a woven garment that he said featured a picture of his Norwegian father. He didn’t speak at the event but willingly posed with his Christmas tree, which Kvaran called “a work of art itself.” The museum is moving forward with plans to turn their “artist’s Christmass tree project” into a tradition as well. The artist chosen to trim next year’s tree will be announced in January.

For a closer look at the tree’s ornaments, click on the video below: