HAUGESUND: Residents of this windy West Coast city turned out by the thousands to celebrate Norway’s national day on Thursday. Towering in the background was a huge new locally-assembled drilling rig that may well have boosted celebrants’ spirits this year as they smiled, sang and shouted hurra. 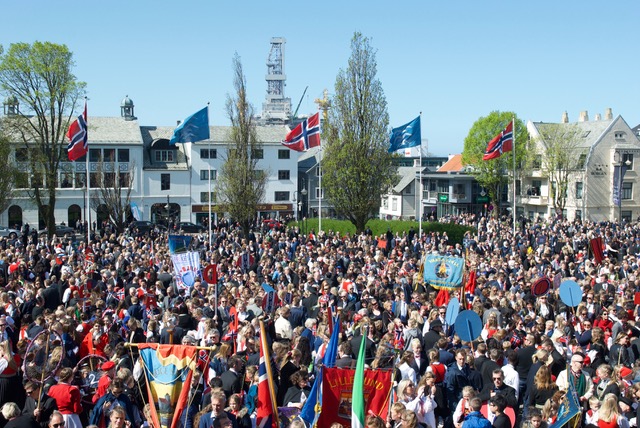 Norwegians all over the country celebrate their freedom and their democracy on the 17th of May, the day their constitution was signed back in 1814. Folks in Haugesund can now also celebrate better economic times: Their city and other hubs of industry in southwestern Norway were hit hard when oil prices collapsed in 2014, with one restaurant seeing its revenues at Christmas drop 35 percent. Now they’re bouncing back. The big new drilling rig bound for the country’s huge new Johan Sverdrup offshore oil field seemed to symbolize renewed economic strength, with new contracts tied to the field already securing thousands of more jobs in the years ahead. 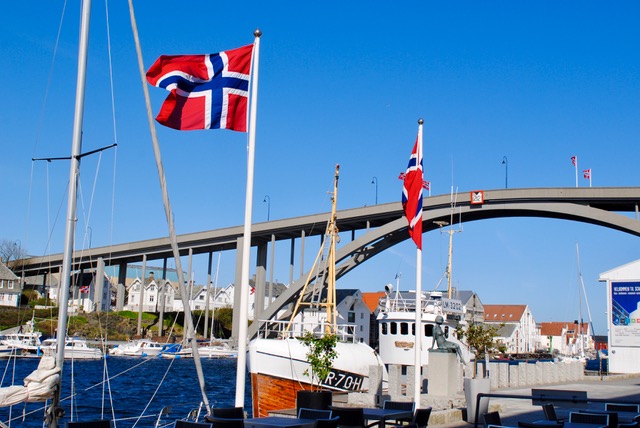 Haugesund’s coastal location has played a major role in long linking its fortunes to the sea. Ships’ horns all blew at 7am in honor of the 17th of May. Boats, bridges and the piers known as brygger were all decked out with flags, which also waved all over town and from the hands of those out celebrating. 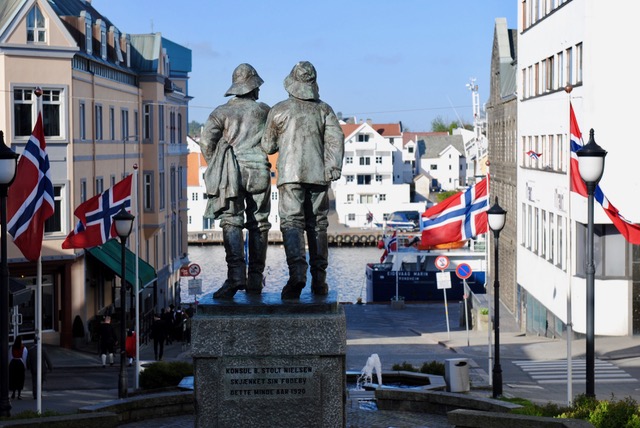 Haugesund has long been a maritime-oriented city, built on fishing and hailing (as this monument does) those brave enough to venture out on its often stormy seas. The sun was shining brilliantly on Thursday, but strong winds reminded everyone what a role the weather can play. 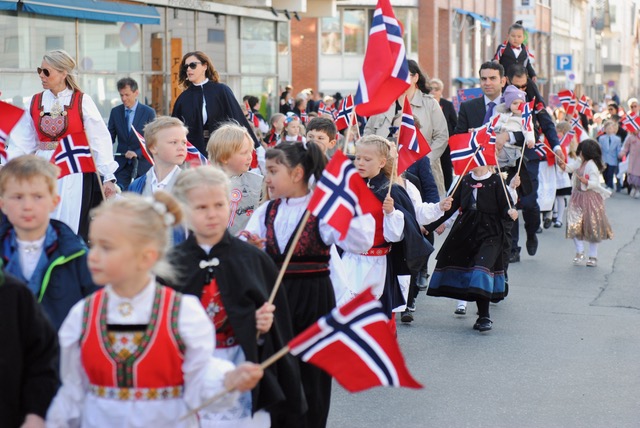 The cold winds didn’t slow down annual parades that began before 7am, with three starting at various locations, including the islands of Risøy and Hasseløy, and converging near the fishermen’s monument. Then came the traditional children’s parade, with pupils and their teachers from all area schools out marching just like in cities and towns all over the country. 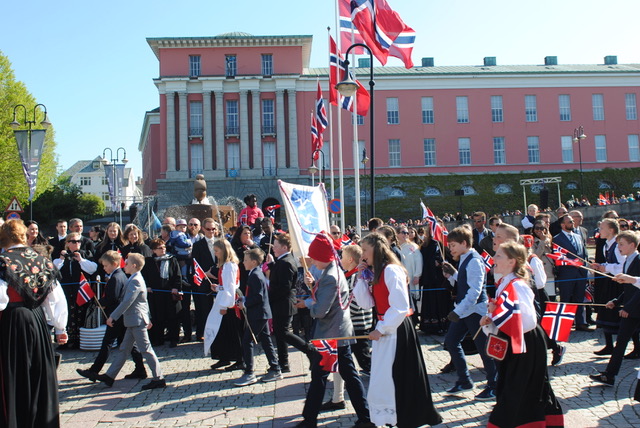 Events that displayed impressive crowd control ran throughout the morning, with the children’s parade starting near and ending at the large square outside Haugesund’s City Hall. While Oslo’s 17th of May parade disperses after passing in front of the Royal Palace, Haugesund’s school children and marching bands unite in the square (Rådhusplassen) and thus reassemble for speeches, cheers and the spectacle of more than 5,000 people singing the city’s own song and then Norway’s national anthem in unison.

Among those helping to arrange it all was local police chief Edgar Mannes, who also led the children’s parade along with members of the city’s 17th of May organizing committee, and then ushered parade participants into place in the square. Mannes was dressed in the police’s dress uniform for the occasion. 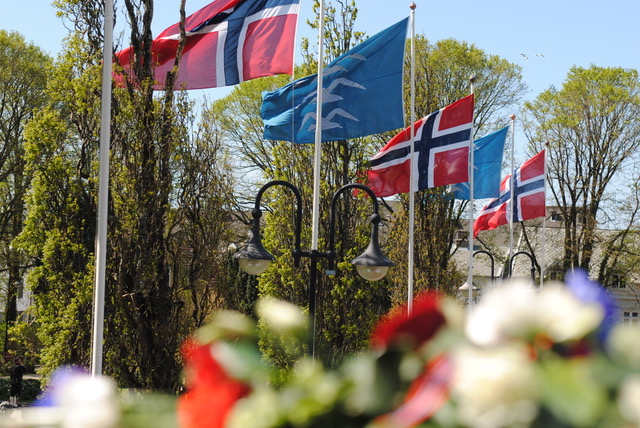 City and national flags waved in unison as well, while the thousands of celebrants headed off for individual school and family celebrations throughout the afternoon. There was also an outdoor concert in the city’s park and yet another parade featuring local organizations, graduating high school students known as russ and anyone else keen to march. 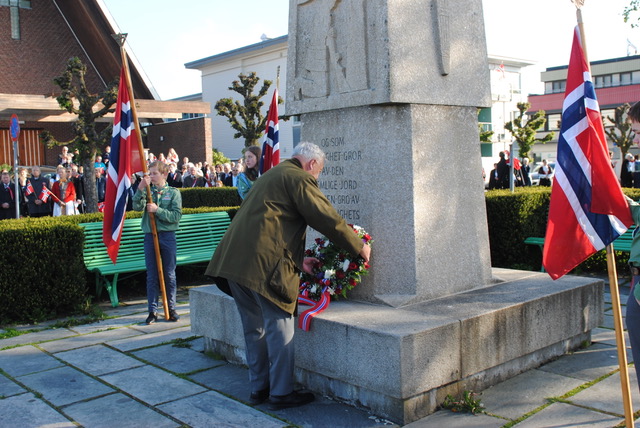 The events in Haugesund on Thursday stressed inclusion and integration, with students of all ages from a school at an asylum center also out marching. Acting Bishop Anne Lise Ådnøy noted that the 17th of May emphasizes Norwegian values and being part of Norwegian society, which she linked to the foundation of the nation. Memorials to fallen heroes “remind us of those who fought for our freedom,” Ådnøy said, while Jan Fredrik Mæland of the local seafarers’ and skippers’ association laid a wreath “for those who made it possible for us to celebrate today.”

Threat forced the evacuation of a Hurtigruten ship