PHOTO FEATURE: One of Norway’s most spectacular waterfalls became safer for visiting tourists this past summer. After three fatalities at the site since 2009, Vøringsfossen now sports a complex of secure viewing platforms that are likely to become a landmark themselves. 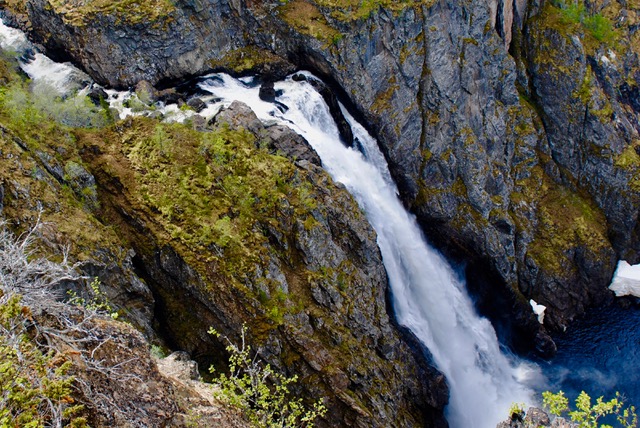 Work began several years ago to secure the trails running along steep mountainsides near the waterfall, which plunges 182 meters from a western edge of the Hardangervidda mountain plateau down to the valley of Måbødalen below. 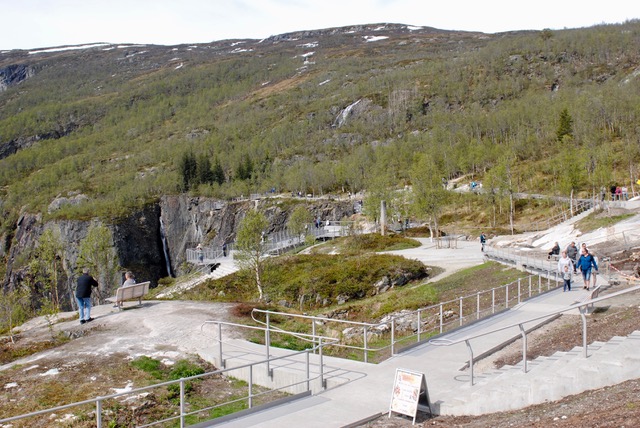 The state highway department that also has created Norway’s Nasjonale Turistveger (Norwegian Scenic Routes) over the past decade announced plans for Vøringsfossen in 2010 that were aimed at radically improving the area around the waterfall on state highway RV7. Work on the new trails and viewing platforms designed by architect Carl-Viggo Hølmebakk was underway when another visitor, a 50-year-old woman from Russia, was killed at the old viewing site in 2014. 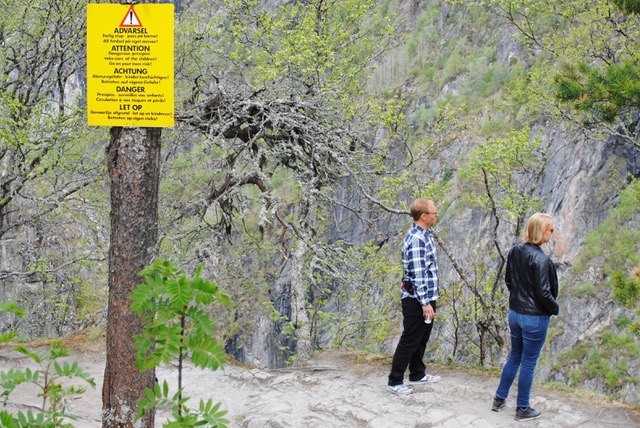 The old viewing site just off the scenic highway that runs over Hardangervidda was still dotted with warning signs last spring. It also features memorials to the tourists who took a wrong step while taking a photo, for example, and fell to their deaths. Now state tourism officials hope visitors will head for the new viewing platform area instead, for a totally different experience. 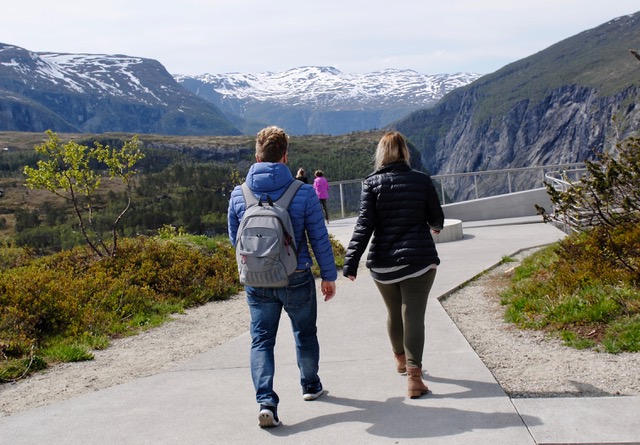 The platforms in the first building phase officially opened on July 4th. Vøringsfossen has remained one of Norway’s most-visited natural attractions and now it’s better prepared to welcome and handle both busloads of tourists and those arriving in private cars or on foot. 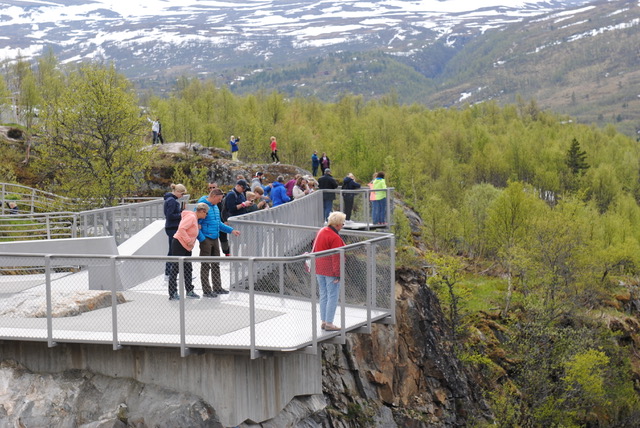 In addition to modern platforms spanning gorges over the waterfall, the project also includes a new and large parking lot, rest room facilities and an information center. Its main goal is simply to make Vøringsfossen more accessible and provide vista points for the mountain landscape as well in an area that’s often viewed as the gateway to Norway’s famed western fjords. 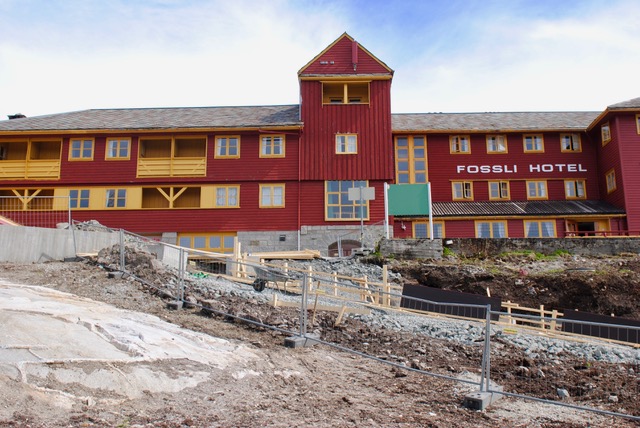 The project has also been a boost for the adjacent Fossli Hotel, which re-opened for the summer season just after the 17th of May holiday this year and already was busy serving lunch in historic surroundings. 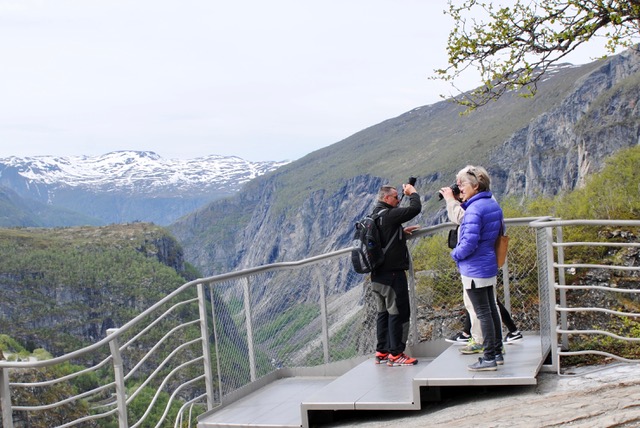 The Vøringsfossen improvement project has been a joint venture financed by the state highway department (Statens vegvesen), the local municipality of Eidfjord, Hordaland County and the Hardanger Council, and is due for completion next year.

Stoltenberg sees no basis for peace talks with Putin