Brilliant colours for the holiday season

PHOTO FEATURE: Norwegians celebrated the winter solstice nearly as much as the arrival of the Christmas and New Year holidays. As the days get longer again, the sunsets can be spectacular, offering an opportunity for quiet reflection as julefreden (Christmas peace) settled over the country. 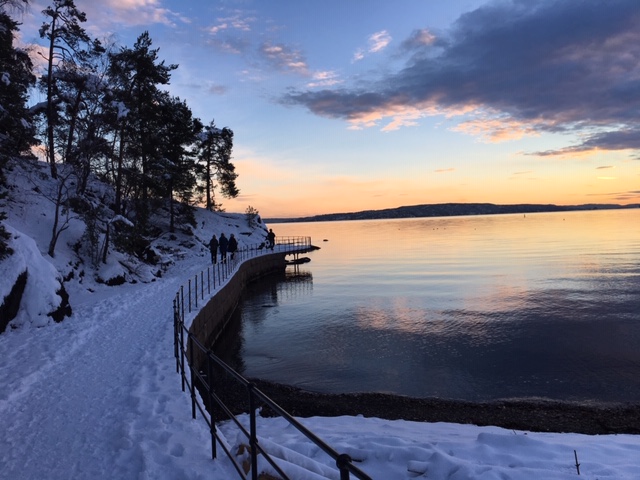 Fall and winter are still referred to as mørketiden (the dark time) in Norway, but many Norwegians are also now calling the two seasons fargetiden (the colourful time) as well. Their long sunrises and sunsets, and not least appearances of the Northern Lights, offer nature’s own colours that are more brilliant than any Christmas lights. 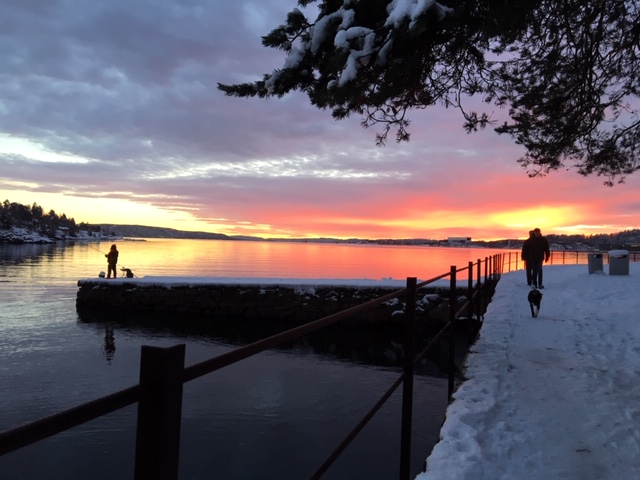 These photos were taken on the coastal trail that runs along the Oslo Fjord between Oslo and Lysaker. It’s most popular during the summer months, but a stroll on a mid-winter afternoon can be positively breathtaking, also for the lone fisherman and folks just out walking the dog. 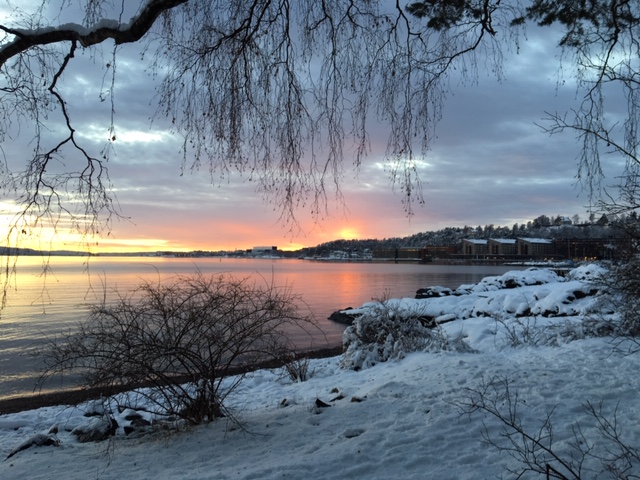 This photo and the one below were taken around 3:30pm, with Fornebu and the island of Snarøya in the background. 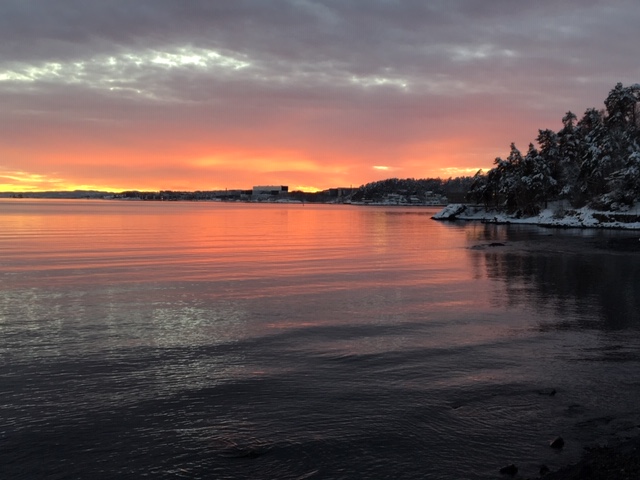 The international headquarters of the Norwegian state oil company, which changed its name from Statoil to Equinor this year, can be glimpsed at left in the background, as the sunset becomes more intense. The fjord itself can become as red as the sky. 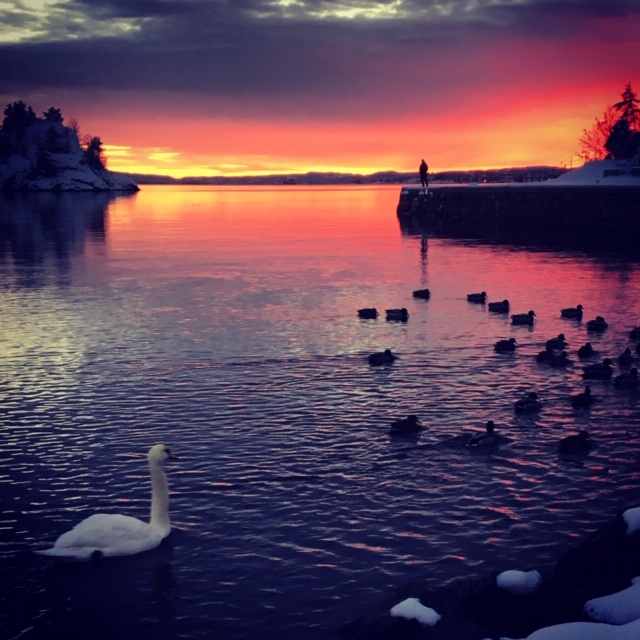 The swans and ducks were still swimming around before settling down for the long dark night, when the sun doesn’t rise above the hills until around 9:30-10am. That will gradually start occurring earlier as the days get longer.

On that note, we’d like to wish our readers a happy holiday season!