PHOTO: FEATURE: All the preparations and timing are carefully planned, right down to the smallest detail. See the Norwegian Parliament’s own photos of its annual, highly formal and traditional opening ceremonies. 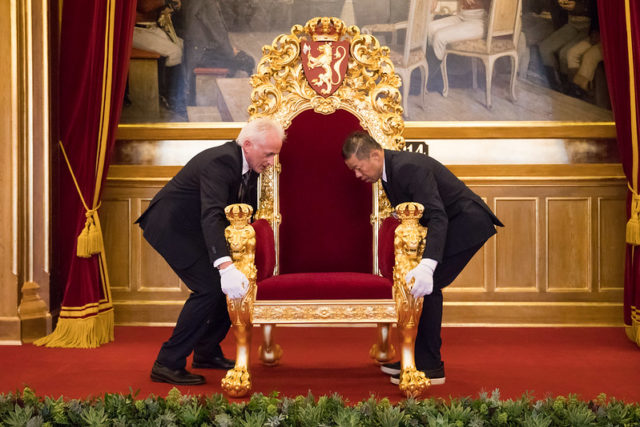 There’s a certain amount of “re-furnishing” needed before the Parliament (Stortinget) opens after the long summer recess. The president’s podium and speaker boxes are removed to make way for the thrones that seat King Harald V, Queen Sonja and Crown Prince Haakon, with special railings also set up to aid the ageing monarch after he stumbled a few years ago. 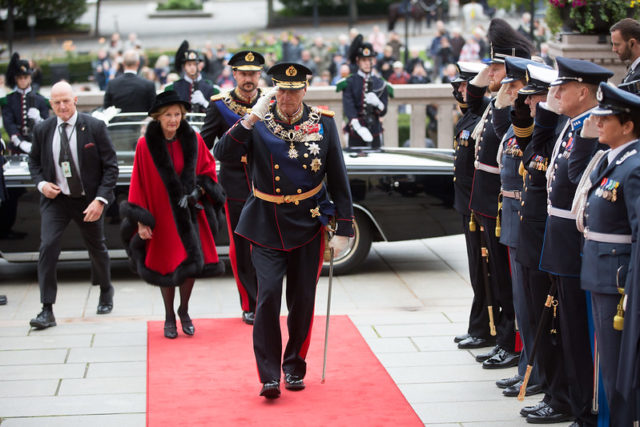 The royals’ departure from the palace just up the street from the Parliament is timed precisely for arrival just before 1pm, when the ceremonies get underway. King Harald reportedly prefers riding in an open car, and arrived this year in the palace’s classic Lincoln Continental convertible. 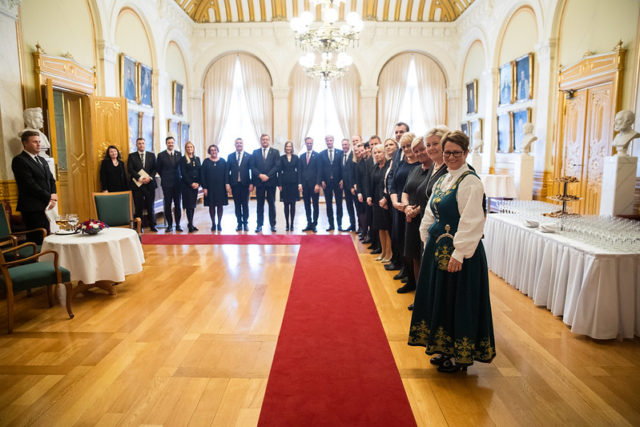 Before heading into the elaborate Stortingssalen, the president of the Parliament and members of the government are lined up to greet the royals, who then enter using a door into the grand assembly hall that’s reserved for just that purpose and only on opening day. 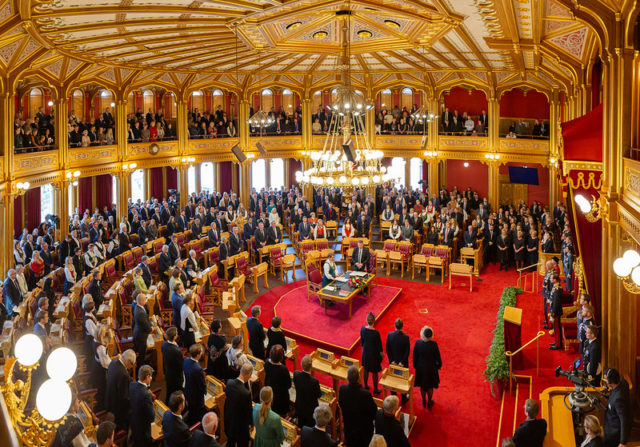 “It’s the closest we come to pomp and circumstance in this country,” declared a veteran Member of Parliament of Wednesday as the Norwegian Parliament once again conducted its highly formal and traditional ceremony at the opening of its 164th session. The empty seats in the front rows are reserved for members of the government, but they traditionally stand at far right throughout the proceedings. In the gallery above are family and friends of MPs and some of the parliament employees. All top government officials appointed by the monarch stand at the opposite side of the room, prompting one MP to noted that “everyone with official power in the country is gathered here today.” 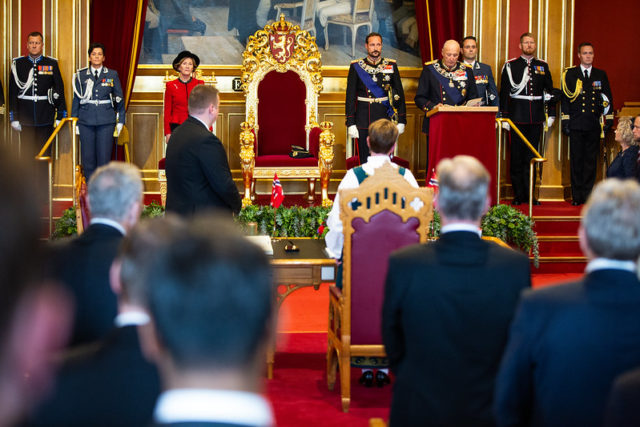 Things get underway when the prime minister hands the government’s platform speech to the monarch, who then reads it aloud with everyone standing. The podium was added a few years ago to support King Harald V, now age 82. 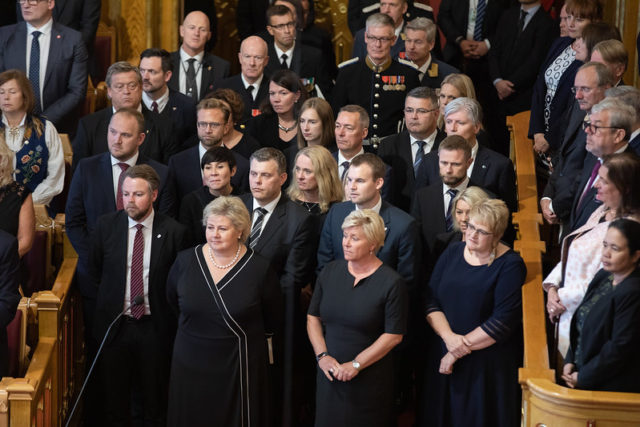 The government stands all the while, also bracing for what’s expected to be a turbulent session this year following conflicts within the government itself. At right, a selection of ambassdors to Norway who are invited to attend the opening ceremony every year.

After only around 40 minutes, the royal entourage is escorted out of Parliament by MPs selected to represent geographic areas of Norway. This year most all of them wore formal national costumes known as the bunad. They’re flanked by top legislative officials appointed by the monarch. Asked whether all the “pomp and circumstance” is necessary, both Prime Minister Solberg and the leader of the opposition, Jonas Gahr Støre of the Labour Party agreed it is. “We need these kind of traditions,” Støre told Norwegian Broadcasting (NRK), which airs the entire ceremony live on national TV every year. “It’s a fine tradition we have,” Solberg agreed, adding that it shows and summarizes what the government and Parliament will be debating for the next nine months.