A ‘different’ May 17th remained festive

SEE THE PHOTOS: This year’s celebration of Norway’s annual Constitution Day holiday on the 17th of May will go down in history for its cancelled parades, scaled-down ceremonies and Corona virus-induced social distancing. It remained festive in the capital, though, as Norwegians made the best of a difficult situation. 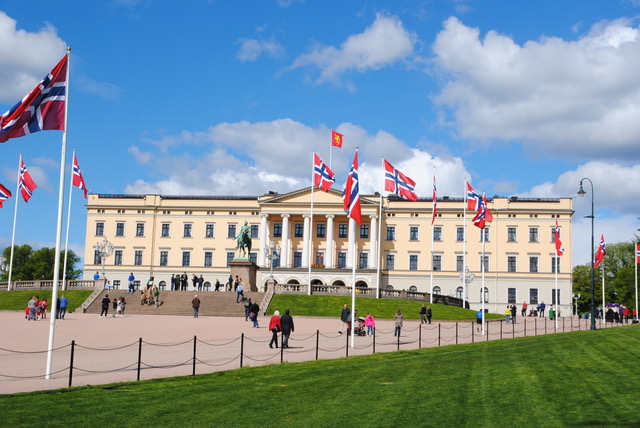 Spirits were definitely raised when the Royal Family defied all the predictions and made an appearance on the palace balcony after all Sunday afternoon. Flags had been raised earlier in the day, but it was downright strange not to have tens of thousands of cheering school children and marching bands parading past the palace on the most important day of the year. 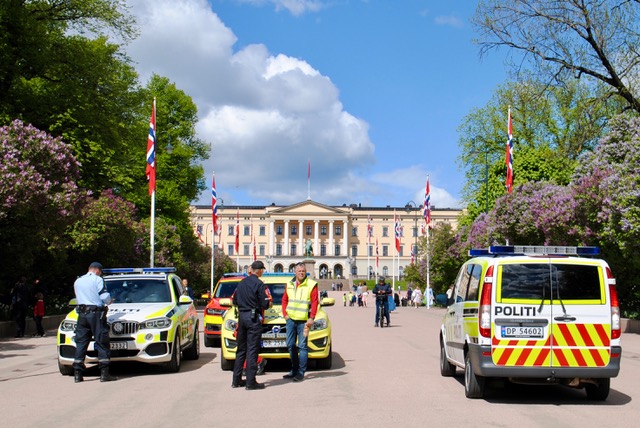 Police cars and emergency vehicles were strategically placed at the entrances to the palace grounds. The area in front of the palace (Slottsplassen) was cleared of the public before 1pm, when the royal family joined a choir below and Norwegians nationwide in singing the national anthem. 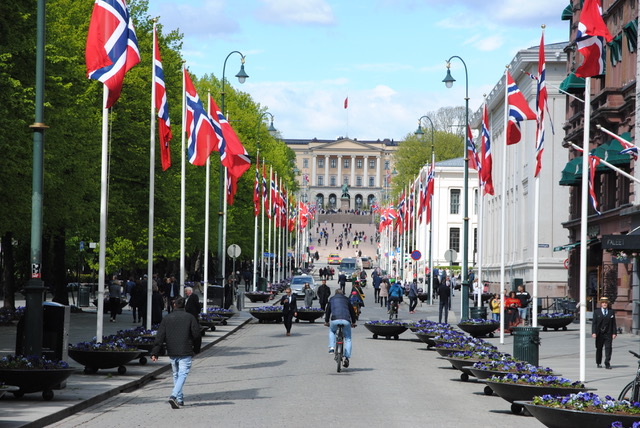 Oslo’s main boulevard, Karl Johans Gate, was lined with the customary flags but also void of the huge parade that was cancelled by the Corona virus threat. Police cars routinely drove up and down the boulevard to keep it clear and discourage any crowds from forming. 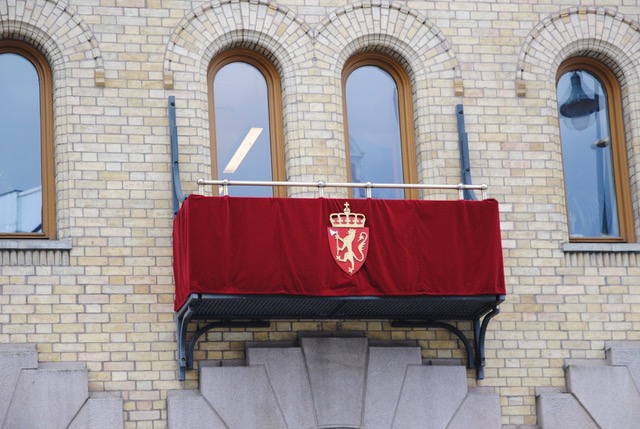 The balcony on the Parliament Building, from which the President of the Parliament usually waves to 17th of May parades passing by, was empty this year. 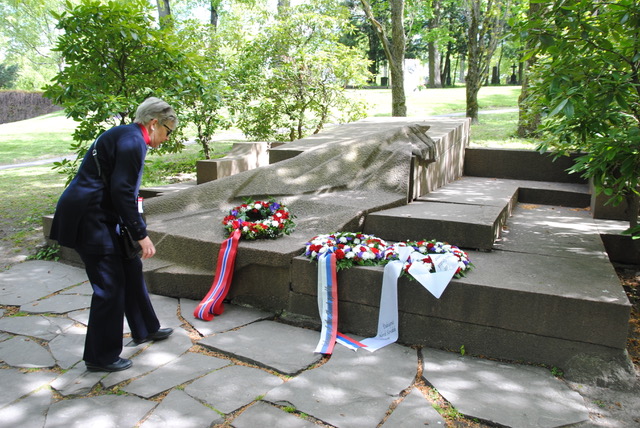 Long-standing traditions die hard, though, and the graves of several famous Norwegians were honoured with wreaths as usual. They were placed quietly earlier in the day and the public was not invited. Wreaths on the grave of Bjørnstjerne Bjørnson, who wrote Norway’s national anthem, included one from the people of Slovakia, where he’s also remembered for championing their rights as a sovereign nation already in the late 1800s. 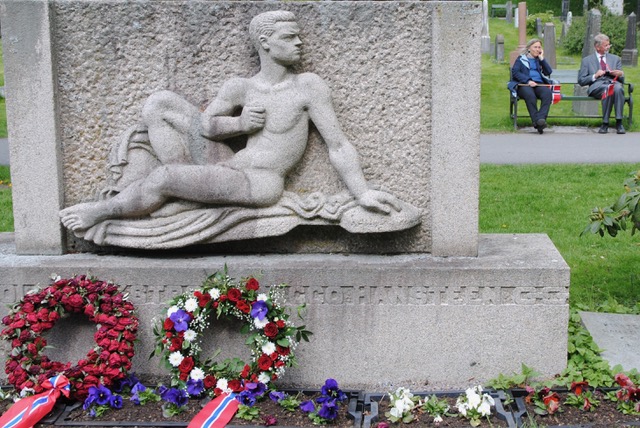 Crowds normally gather around the graves at Vår Frelsers (Our Saviour’s ) cemetery, an oasis in the heart of Oslo, but it was quiet there this year. These wreaths adorn the graves of the first two Norwegians to be executed after the Nazi German occupation of World War II, Rolf Wikstrøm and Viggo Hansteen. 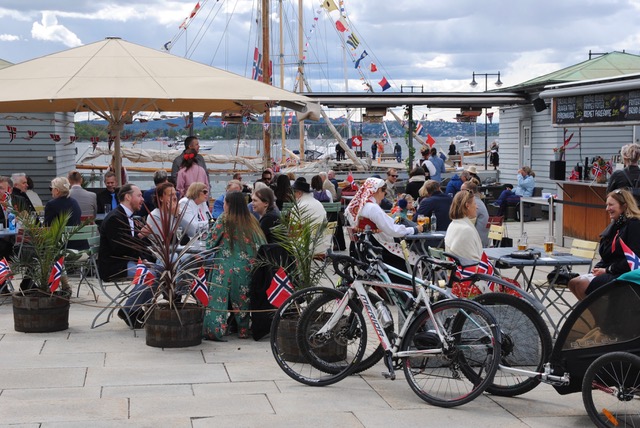 There was still room for fun on what will live on as the “Corona 17th of May” in Norway. As canons were fired from the historic Akershus Fortress at 1pm, these Norwegians gathered for outdoor drinks and food on the City Hall Plaza. Restaurants and bars have finally been allowed to at least partially re-open, after being closed since March 12. 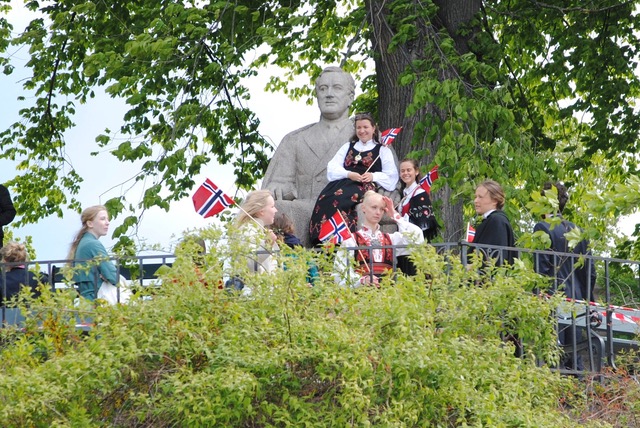 Bunad-clad women also sang the national anthem and waved flags before dissolving into cheers and the lap of a statue of Franklin Roosevelt near Akershus. By early afternoon, 17th of May parties were in full swing all over Oslo and the rest of the country.