Norway’s northern city of Tromsø has been called “The Paris of the North” for years, but now it’s taking on entirely new significance as the “Capital of the Arctic.” The country’s venerable coastal shipping line still calls twice a day like clockwork, and we thought it was time to pay a visit, too.

A coastal voyage ship belonging to the Hurtigruten line glides under the bridge that connects the island where Tromsø’s center is located with the mainland. 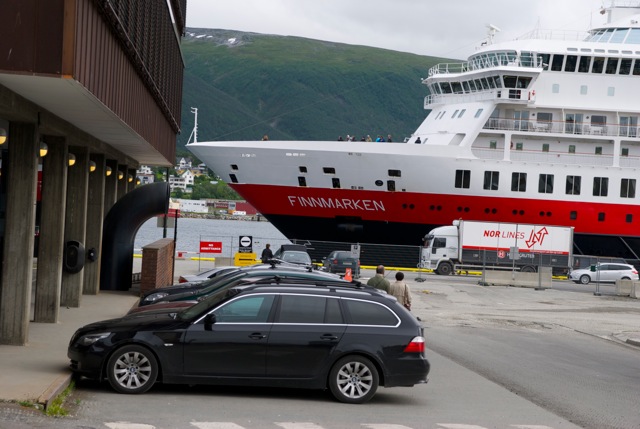 Tromsø is where a long list of international conferences are now held every year, where US Secretary of State Hillary Clinton spent much of her time during a recent Scandinavian tour, and where major companies are setting up shop. Hurtigruten, the coastal line that carries far more than tourists, is the proverbial tie that binds, berthing just a few blocks from downtown and very much a part of the city’s daily hum. 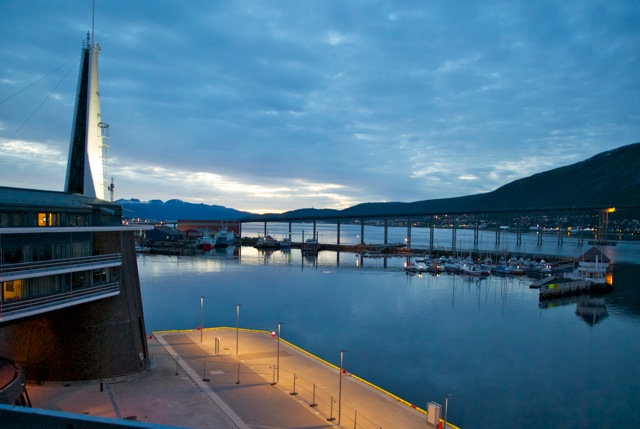 The nearby inner harbour featuring old and new wooden waterfront buildings still boasts important offices for Norway’s huge seafood industry, along with ultra-modern hotels and restaurants. Here, the view from the Rica Ishavs Hotel, which juts into the sea just next to where Hurtigruten ties up. 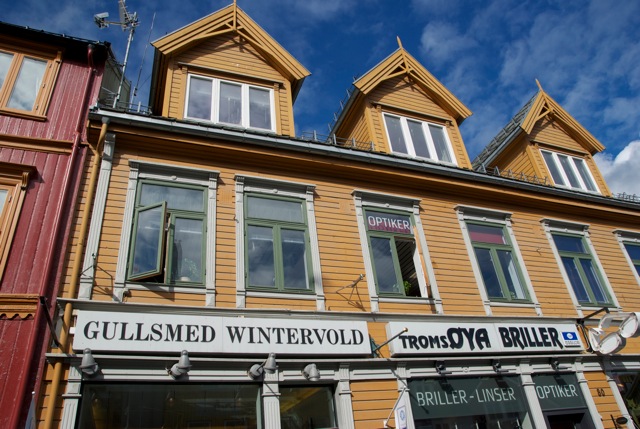 Despite such futuristic buildings as the Rica on the waterfront and other brand-new condominium projects popping up in Tromsø, the city retains many of its historic wooden buildings that survived World War II destruction. The downtown area remains full of them , now renovated and used as shops, galleries, restaurants and homes – some new, but built in the old style. 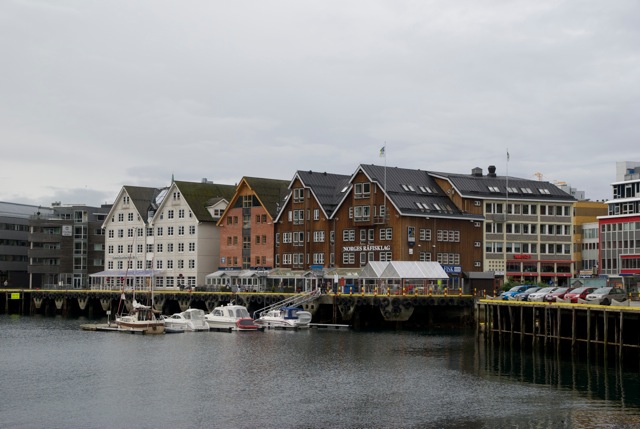 And then there are those along the harbour, here the view from the Polar Museum, which offers exhibits on the great polar expeditions and Norway’s still-controversial seal hunt. 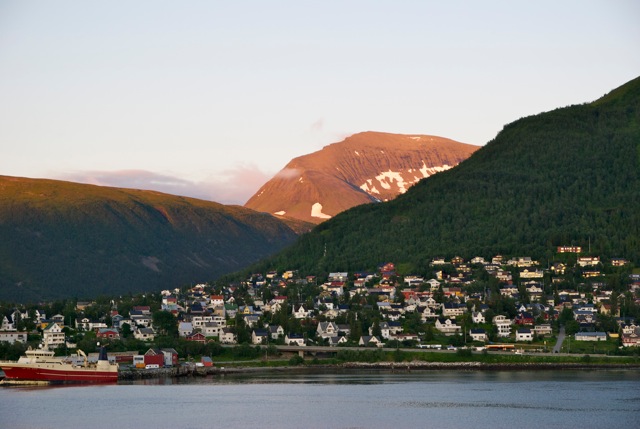 Tromsø is also home to several large Arctic research institutions, boasts the world’s most northerly university, brewery and botanical gardens among other superlatives, and is attracting large new employers tied to Norway’s still burgeoning offshore oil and gas industries. But perhaps its greatest attribute is its stunning scenery. Tromso is surrounded by the sea and mountains, with peaks like Tromsdalstinden shooting up from sea level and offering a paradise for hikers and skiers. 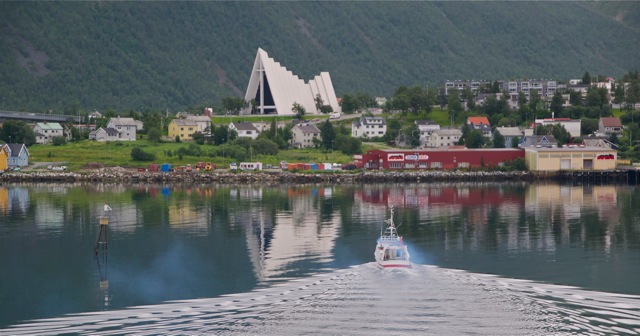 For the more sedate, there’s also the Arctic Cathedral, inspired by the Arctic scenery and built in 1965. In the summer it’s been the site of free concerts every night 11:30pm – late by some standards, but not where the Midnight Sun keeps the skies light from May into September.

ALL PHOTOS: Views and News