PHOTO FEATURE: It was one of those special Norwegian moments: Driving along the two-lane E6 highway in northern Norway, bound for the city of Alta, came not the customary oncoming cars or trucks but instead, a small herd of reindeer. 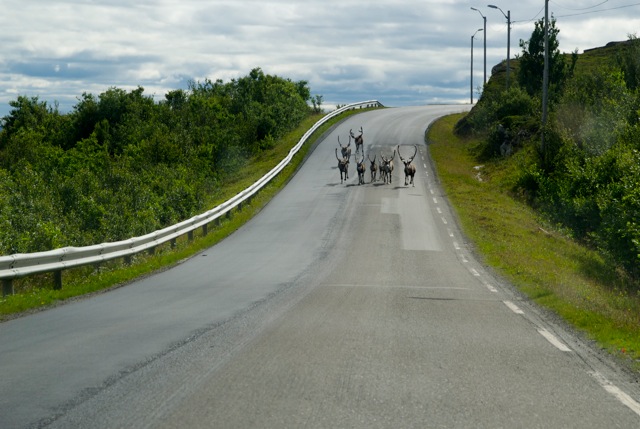 The encounter occurred, as they usually do, rather suddenly. While rhapsodizing over the spectacular scenery that kept rolling by as we drove through the beauty of coastal Finnmark County, we spotted some non-vehicular movement on the road ahead. 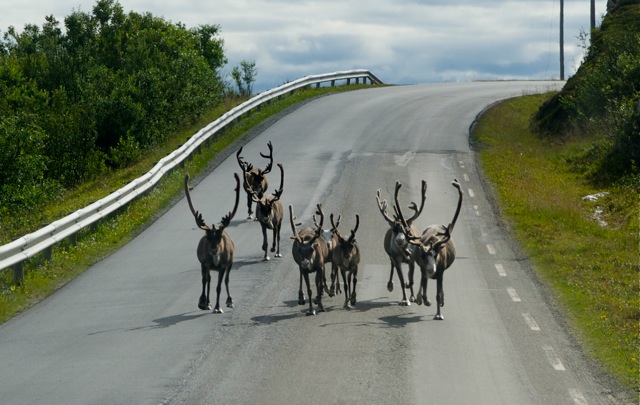 They approached at a run, and kept heading right for us as we braked in awe and respect. We couldn’t help wondering what would happen next, whether they’d hop onto the hood or decide to let us pass. 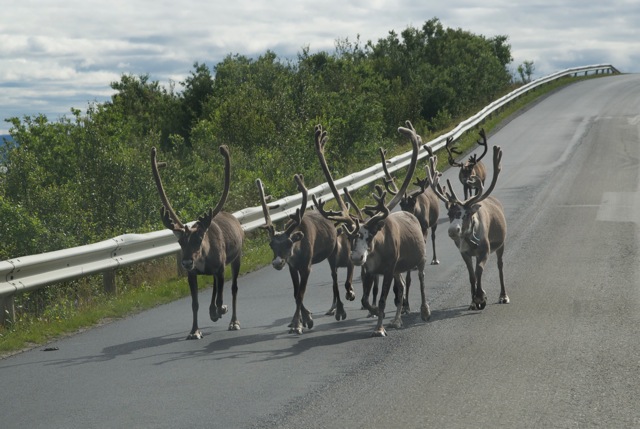 They did, neatly veering to the right as we gave them the right-of-way ourselves. 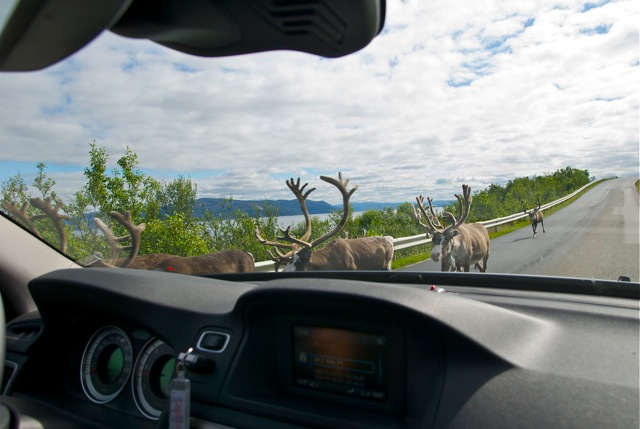 As we humbly slowed down and hugged the side of the road, the reindeer trotted on by, clearly far more accustomed to our presence than we were to theirs. We were later told that the reindeer, grazing along the coast during the summer, simply don’t seem to fear cars. 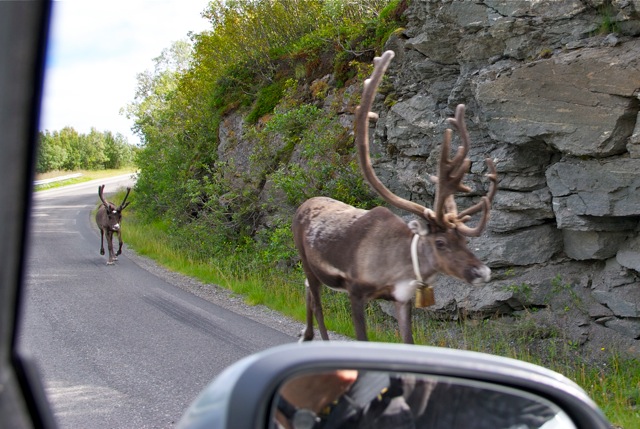 There were a few contrarians, though, who didn’t bother to yield the right of way as we continued on our way to Alta. The next day, when inquiring how long it would take to drive from Alta on to Kautokeino, we were told: “Oh, about an hour-and-a-half, maybe more, if there’s a lot of reindeer on the road.” The warning didn’t seem strange at all.