PHOTO FEATURE: The weather was nothing short of spectacular when thousands of Norwegians turned out for May Day -Labour Day festivities in Oslo on Thursday. That clearly helped spur the large turnout in Oslo, and in Bergen and other cities where the sun was shining. 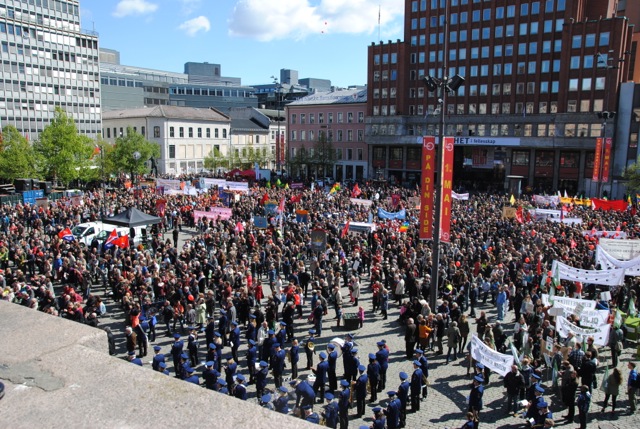 Norwegian Broadcasting (NRK) reported that the turnout at Youngstorget, the large central square in downtown Oslo, was the largest in more than two decades. That was difficult to assess, but thousands definitely gathered to hear music and speeches by, among others, Gerd Kristiansen, the head of Norway’s largest trade union federation LO. 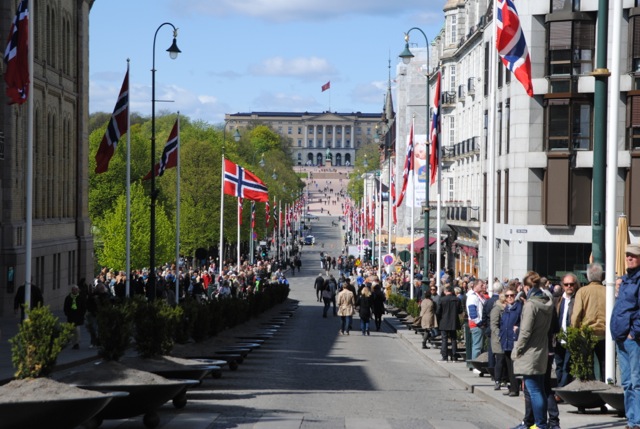 After the big rally, the thousands taking part were set to march up Oslo’s main parade boulevard, Karl Johans Gate, towards the Royal Palace. The route was lined with Norwegian flags in honour of the “workers’ day” that’s been a public holiday in Norway since 1947. Many call it the workers’ version of the 17th of May. 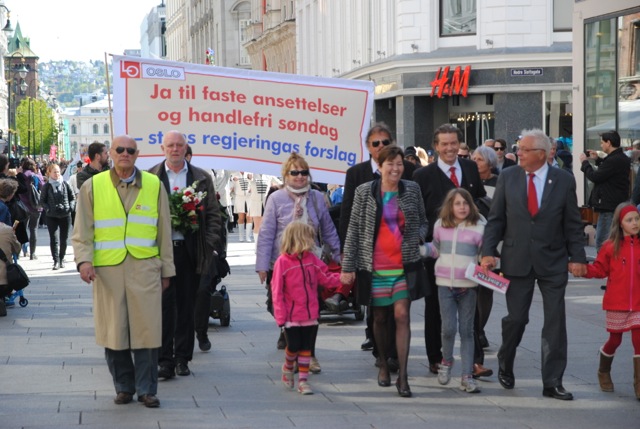 Gerd Kristiansen (center)  led the parade up Karl Johans Gate, followed by scores of local unions, marching bands and organizations demonstrating on behalf of everything from environmental issues to child care, health care and other concerns. The banner behind Kristiansen’s contingent demands full (instead of part-time) employment and continuation of restrictions on store openings on Sundays. 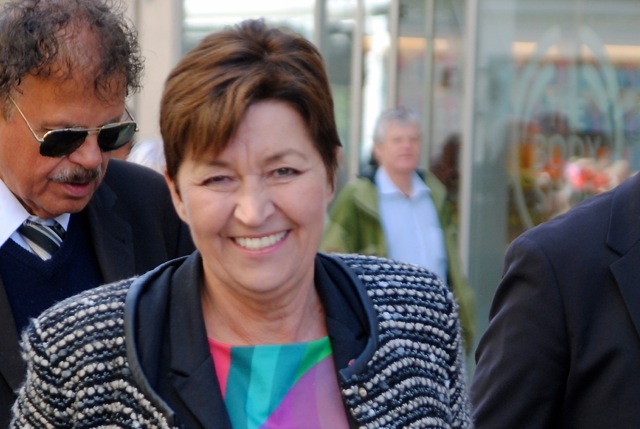 LO leader Gerd Kristiansen’s speech topped newscasts in Norway throughout the day, after she lashed out against the new Conservatives-led government that won last fall’s election and replaced the Labour-led government that held power for eight years. Kristiansen claimed the labour movement “would not accept” the new government’s attempt to “kidnap” what she thinks is the real meaning of freedom. The Conservatives and the Progress Party won the election on a platform of promising more individual freedom, less state meddling in daily life and more freedom of choice. Kristiansen claimed that deteriorated into proposals to allow professional boxing in Norway and snowmobile use in rural areas. 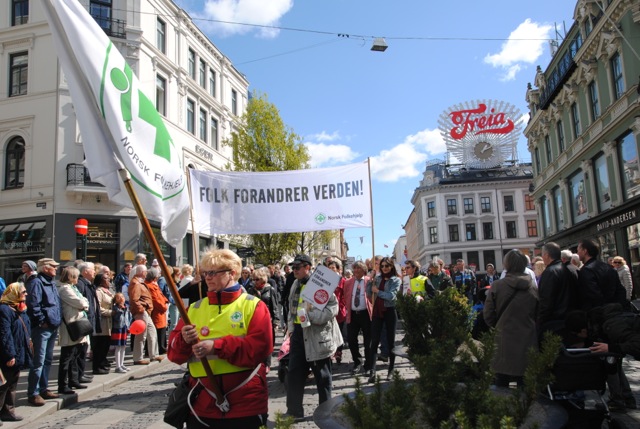 Other organizations, not just labour unions, also took part in the parade, to spread their messages. Marching here is the humanitarian group Norsk Folkehjelp (Norwegian People’s Aid), with a banner reading “People can change the world.” 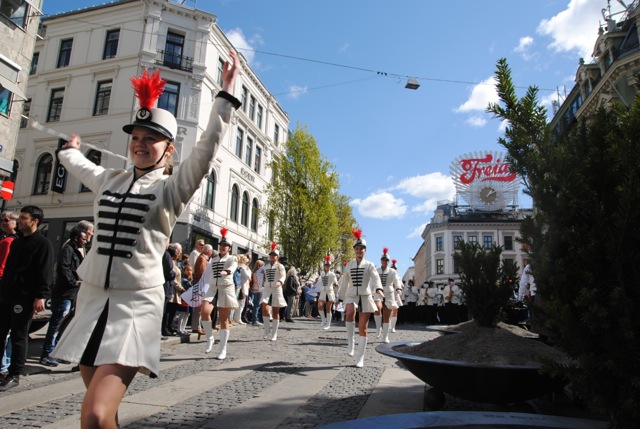 There was a lot of marching and music in addition to the pro-labour and political speeches. Drums and bugle corps, brass bands and majorettes could strut their stuff under almost cloudless skies.