Norway was well-represented at a massive outpouring of solidarity and support in Paris on Sunday for victims of last week’s terrorist attacks in France. Prime Minsister Erna Solberg described the mood in Paris as sorrowful but “incredibly moving,” and said it was important to take part. 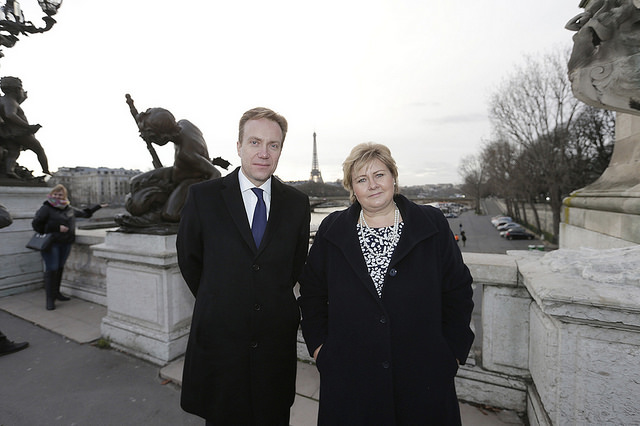 Solberg and her foreign minister Børge Brende brought sympathy and support from Norway to the demonstration that drew an estimated 2 million participants including the leaders of around 60 nations. “It was of course sorrowful because of the background for the demonstration,” Solberg told Norwegian Broadcasting (NRK), “but to see the response from the people, and hear those hanging out of windows who chanted and applauded, showed so much solidarity and support for freedom of expression.” 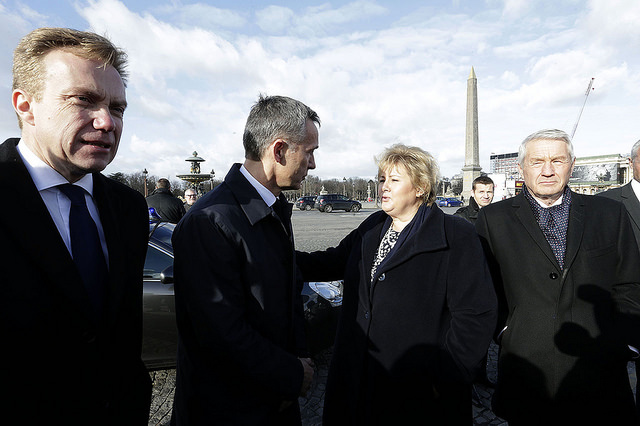 Solberg and Brende also met two of her predecessors, the new Norwegian secretary general of NATO, Jens Stoltenberg (second from left), and the Norwegian head of the Council of Europe, Thorbjørn Jagland (right), both former prime ministers. They all agreed it was, as Solberg said, “an important day and a serious day in Europe’s history.” 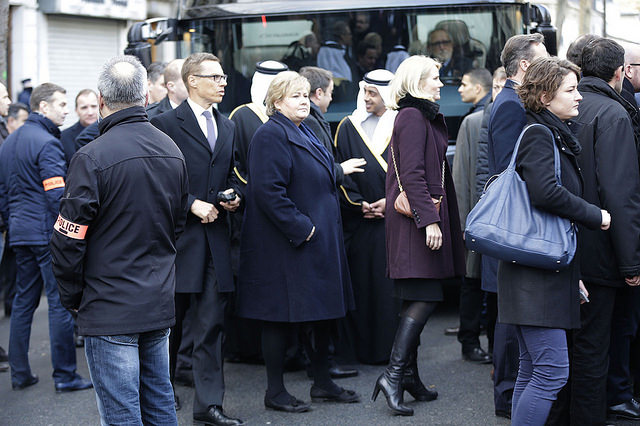 A total of 17 people were killed in the attacks that began on a French satire magazine including the three terrorists who carried them out. Nearly 4 million people representing various religions and cultures demonstrated all over France on Sunday to denounce extremism and terrorism and promote diversity, tolerance and freedom of expression. All three Scandinavian leaders were present in Paris: Walking just in front of Solberg is Denmark’s prime minister and Sweden’s prime minister can be glimpsed at far left. 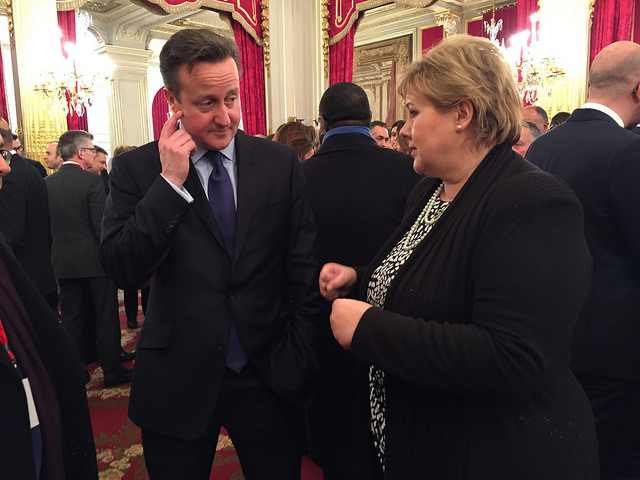 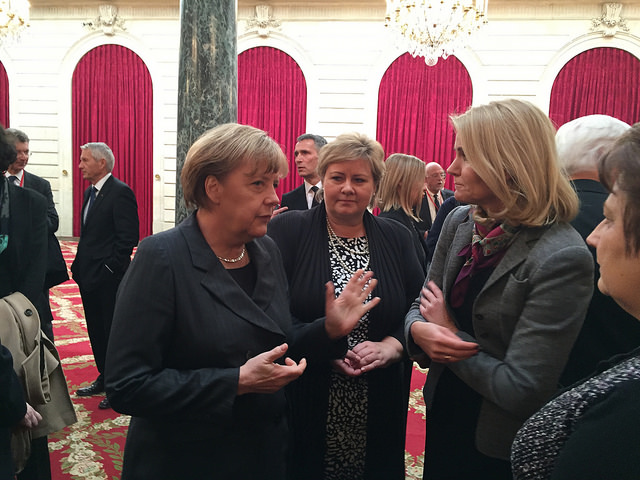 … and with German Chancellor Angela Merkel and Danish Prime Minister Helle Thorning-Schmidt. Stoltenberg can be seen behind Solberg and Jagland at far left. Solberg and Brende also had visited the French Embassy in Oslo late last week to express their condolences, and various demonstrations in support of the terror victims have been held around Norway in recent days.