So many guests responded favourably to an invitation to a Liberation Day reception at the Russian Embassy in Oslo on Friday that they literally had to line up to get in. Far from boycotting the event, because of heightened tensions between Norway and Russia, the hundreds of diplomats, business associates and even the mayor of Oslo seemed keen on maintaining friendly relations. 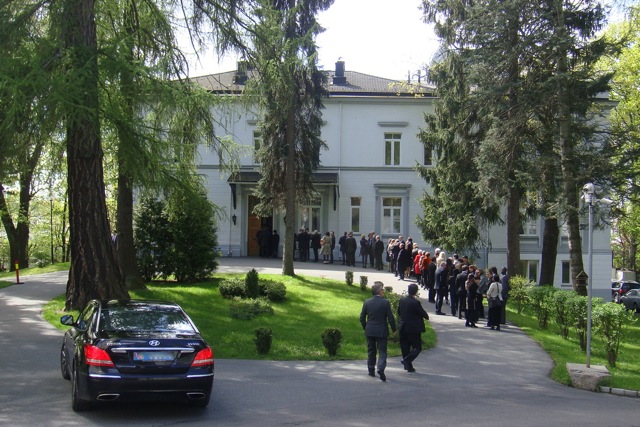 The tremendous response to the embassy’s invitation actually worried the ambassador, who told newsinenglish.no that if the weather hadn’t cooperated, he didn’t think everyone would have fit inside the embassy’s reception rooms. Instead, the recent rain let up and guests could also mill about outdoors on the embassy’s terrace, and even partake of refreshments offered in a tent in the garden. 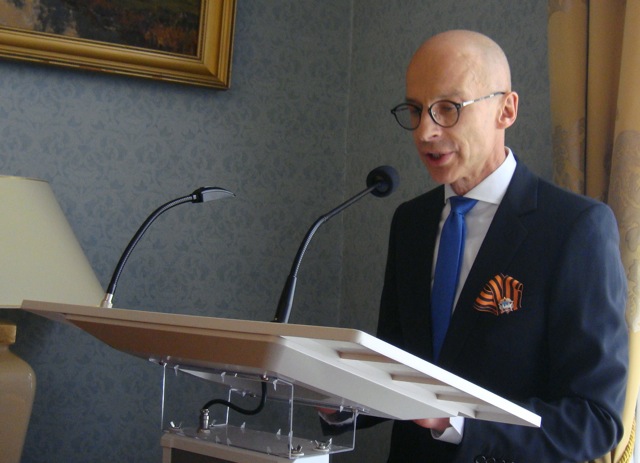 Russian Ambassador Vyacheslav Pavlovskiy welcomed everyone personally and then, in some prepared remarks, recalled how important it was that soldiers of the former Soviet Union and allies at the time like England and the US “fought side by side” to win the war “against fascism” in 1945. “We will never forget that horrible war, we will always remember the bravery,” Pavlovskiy said, noting that the Soviet Union “paid a very high price” with nearly 27 million Russians killed, two-thirds of them civilians. “We managed to overcome differences” at the time, Pavlovskiy said of the allied effort. “Today we face multiple serious challenges,” he said, and can only succeed “if we unite.” In his audience were the ambassadors of countries including Germany, the UK, the Netherlands, Iraq, Argentina and Brazil. 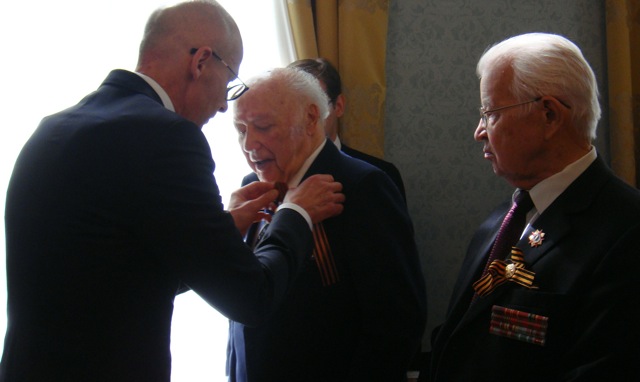 Pavlovskiy also awarded medals to three World War II veterans, and thanked Norwegian authorities for taking care of the graves of Soviet prisoners of war killed in Norway after being forced into slave labour by Nazi German occupiers. The day before, Soviet soldiers’ graves in Norway were visited and decorated in Oslo, Stavanger, Kristiansand, Bergen and many communities around the country. 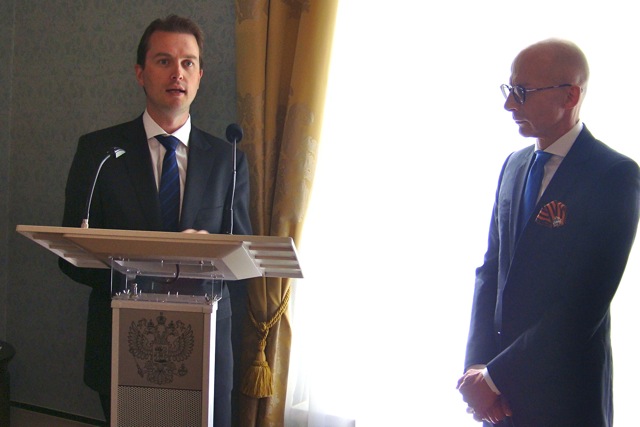 Months of political tension between Norway and Russia, since the latter’s controversial annexation of Crimea last year, were also set aside when Bård Glad Pedersen, a state secretary in Norway’s foreign ministry, addressed the roughly 400 guests at the embassy. He also stressed how Russia and Norway stood together to defeat a common enemy 70 years ago and vowed that “we will never forget the contribution of the Soviet soldiers. Our countries have lived together as good neighbours for more than 1,000 years,” Pedersen said, adding that the “fellowship between our countries … is highly valued.” 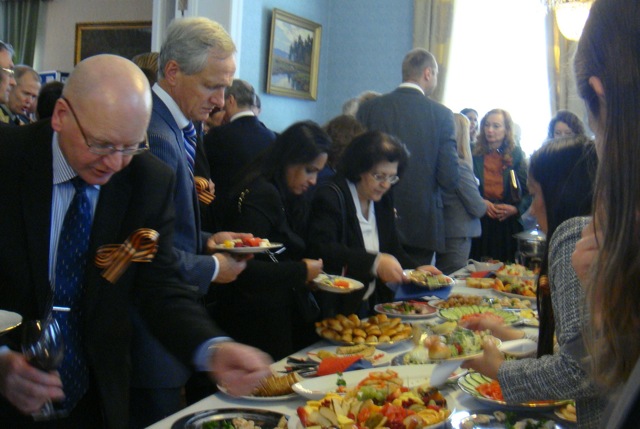 The two-hour reception at the Russian Embassy was a welcome interlude after months of tension, climaxed when Pavlovskiy himself was summoned by Foreign Minister Børge Brende to explain why a top Russian politician had violated Norway’s sanctions against Russia by stopping over on Svalbard last month. Pavolovskiy called the Norwegian response an “overreaction.” On Friday, ruffled feathers seemed to be smoothed over, and then the guests converged on the buffet table.

ALL PHOTOS AND TEXT:
newsinenglish.no/Nina Berglund