Norway rang in a ‘Green Christmas’

PHOTO FEATURE: Norwegians settled into their lengthy Christmas holidays with hardly any snow in any of the major cities and towns this year. Centuries of snowbound traditions involving winter sports and sleigh rides are having to give way to new means of maintaining holiday spirits. 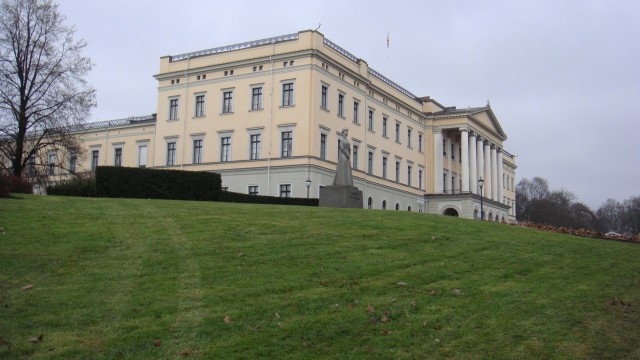 This was the scene outside the Royal Palace in Oslo this week, with nary a trace of the snow that used to light up the capital and provide plenty of julestemning (Christmas atmosphere). All the lawns are still green, while the statue of the late Queen Maud was without its customary white coating. 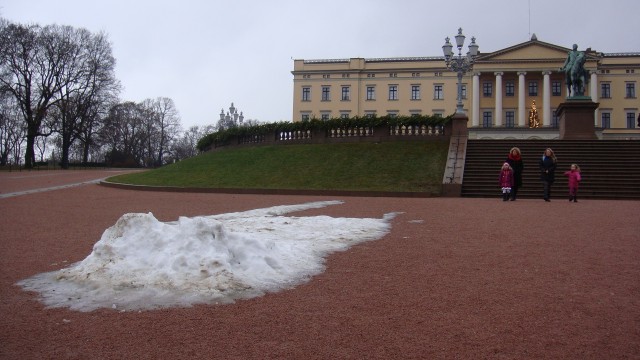 There was actually a tiny, rather forlorn bit of snow to be found on the palace grounds, until it melted away. It had been trucked in to build a mini-ski jump for nursery-school children, when Prime Minister Erna Solberg made a pre-holiday appearance to announce a whole host of winter activities planned for the palace grounds next month, in connection with 25th anniversary celebrations of the reign of King Harald and Queen Sonja. It remains to be seen whether snow will need to be manufactured and trucked in for them, too. 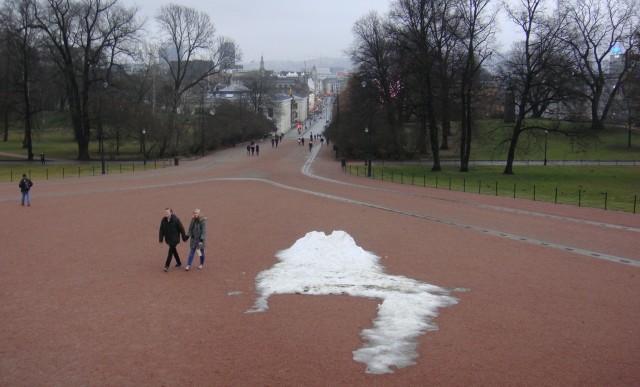 The view from the palace into downtown Oslo was unusually gloomy during the snowless weeks before Christmas, while strong and unseasonably warm winds constantly threatened outdoor decorations and the strings of lights on outdoor Christmas trees. 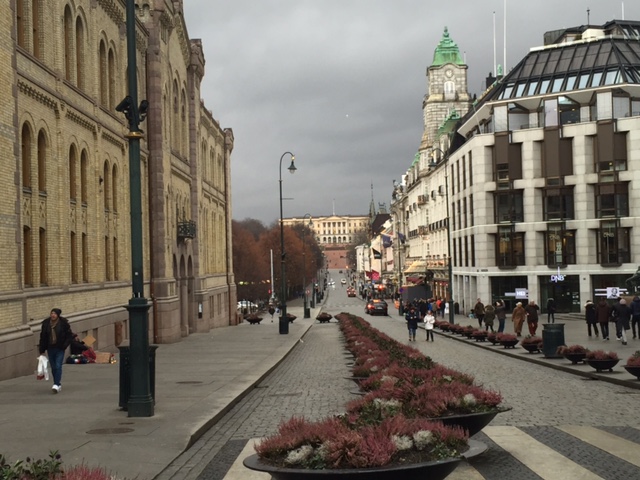 This was the scene in downtown Oslo on the afternoon heading into Christmas Eve, looking back towards the palace. No snow in site, with intermittent sunshine and drizzle. 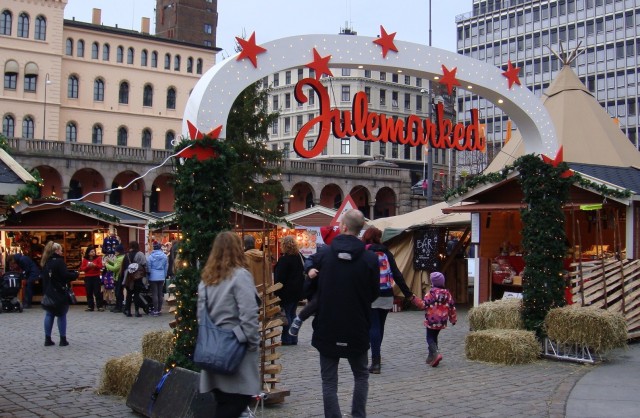 Hundreds of thousands of people nonetheless found some festive atmosphere at the two largest Christmas markets mounted in the capital this year. Organizers and vendors were mighty pleased, and they also avoided constant shivering for several weeks when temperatures rose to unusually high levels, not only in Oslo but in most of the rest of the country. 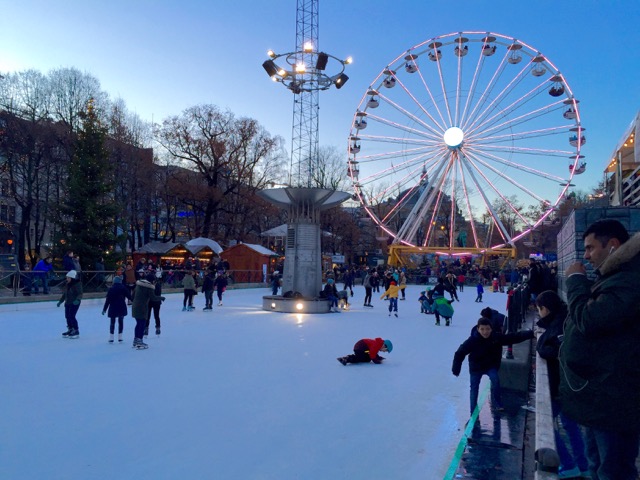 And while there was no snow in the hills around Oslo, or even in the mountains, for skiing, it was still possible to go ice skating in the heart of the capital. The ferris wheel has been dismantled along with the adjacent Christmas market, but the rink at the area called Spikersuppa along Karl Johans Gate has attracted thousands of skaters and was to remain open well into the New Year. God jul! Happy Holidays!