PHOTO FEATURE: The long tradition of moving sheep, cattle and goats up to grazing land at higher elevations lives on in Norway. A new study shows, however, that fully 99 percent of the traditional mountain dairy farms known as a seter or støl, where women looked after the animals and made butter and cheese, have been shut down. 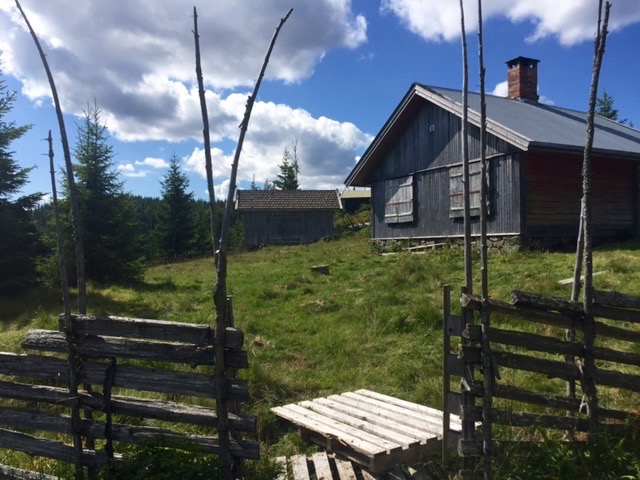 Seter buildings still exist all over the country, and some are thriving by catering to tourists and producing local delicacies, but many like those here at Roenseter in the hills above Oslo were shuttered long ago. Around 100,ooo seters took in cows, sheep and goats during the 1800s, according to the Norwegian Institute of Bioeconomy Research (NIBIO). It concluded in a report released earlier this month that only slightly more than 900 seters are in operation this summer. NIBIO’s report is based on seven years of research into the current status of the Norwegian seter. NIBIO found that in addition to the 900 seters still in operation, around 1,000 are now used as hytter, or holiday homes. Another 400 are still standing, but are empty and not in use. Here at Roenseter in Nordmarka, just north of Oslo, there’s a mix of old seter buildings and newer hytter. 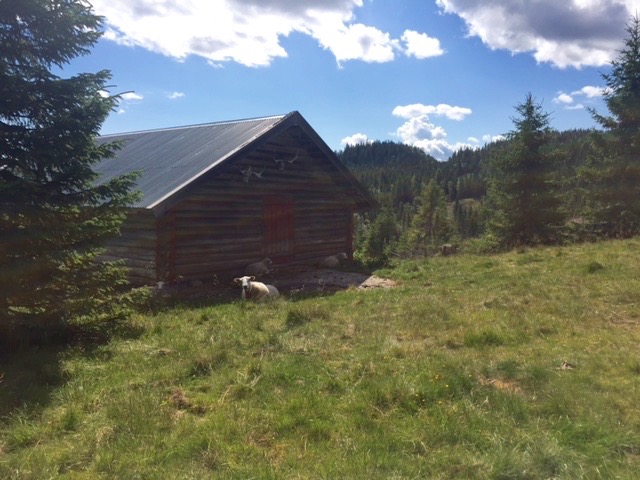 Kari Stensgaard, the senior engineer who led NIBIO’s study, attributes the huge decline in seter operations to structural changes within Norwegian agriculture and modernization. In the 1800s and early 1900s, livestock could be thin after spending winter in a barn eating feed that was carefully portioned out. Cows and sheep released into grassy summer grazing areas would “get fattened up” and produce more milk. Today, notes Stensgaard, the situation is the opposite. Larger quantities and higher quality of winter feed have “outclassed” even the rich grass found in wilderness areas. Seters still in use often must supplement the open grazing or accept a decline in milk production. Despite recent reports of livestock facing threats of injury and predators during open summer grazing, Stensgaard believes the practice of open grazing known as beite is good for animals’ health and well-being. 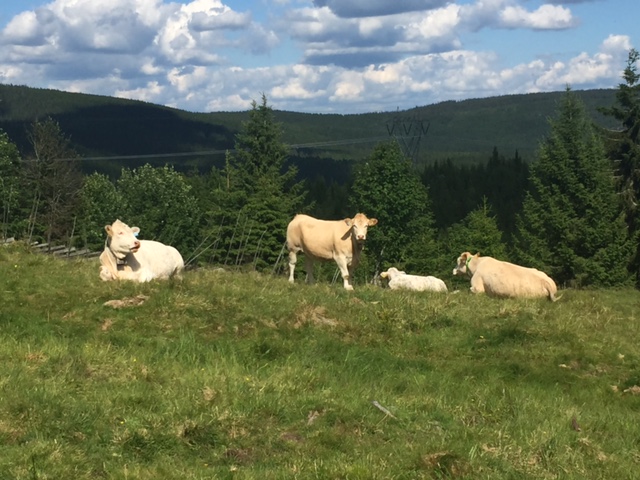 Around 15 percent of milk producers in Norway still send their livestock to a seter  (also called a støl) during the summer, as do beef producers, while nearly all Norwegian goats are released for open grazing in a season that generally lasts for around three months. The Norwegian seter also remains a strong part of the country’s cultural heritage, and many surviving seters (an estimated 60 percent) are now used for recreational purposes. “Seterhus are now hytter, and recreation is replacing dairy production,” Stensgaard says. “That’s the overall trend.” Many hytter used for overnight accommodation by the national trekking association DNT were once seters as well. The name of the popular mountain recreational area of Beitostølen reveals how it evolved from being a støl, or seter, while the Frognerseteren café and restaurant perched on a hillside in Oslo was once a seter as well. 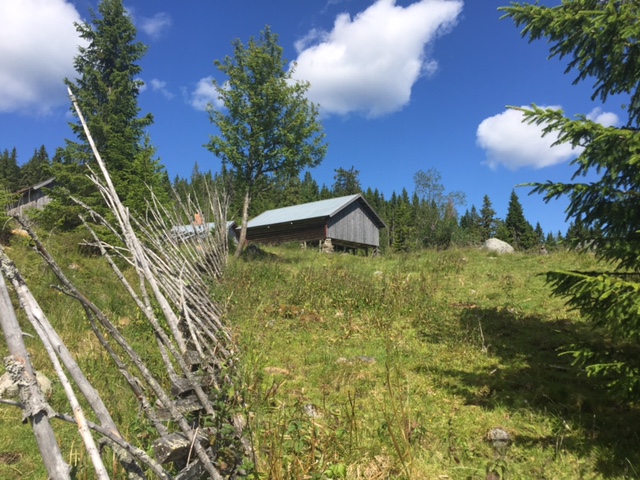 Many of those still in dairy operation are open to the public and sell everything from cheese to freshly churned butter and sour-cream waffles and porridge (known as rømmegrøt). They’ve become part of Norway’s tourism industry as attractive destinations for foreign visitors selling products that provide welcome income in outlying areas. Oppland County has the largest number of active seters in Norway, with an estimated 350, and they’re also important in Trøndelag, Østerdalen and in the mountains of Hedmark above Folldall. “We believe it’s important to maintain traditions, and støl operations are a natural part of farm operations,” farm owner Jostein Sande told NIBIO. He and his wife Åshild operate both their farm, their støl (seter) and take in tourists from all over the world. That can help preserve seters for generations to come, while Norway’s cultural heritage authorities at Riksantikvaren applauded NIBIO’s research and helped fund it along with the state Ministry of Agriculture.