PHOTO FEATURE: The lakes aren’t frozen yet, but skiers in many parts of Southern Norway got a welcome surprise after lots of snow fell both before and during the weekend. Trailblazers made their winter debut, in the middle of autumn for a change. 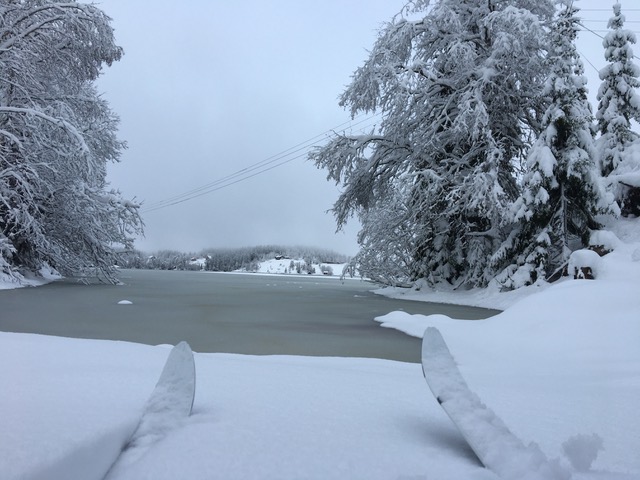 Caution is still needed and it may be awhile before skiers can take shortcuts over the lakes of Nordmarka like here at Mylla, just north of Oslo. It’s best with a period of subfreezing  temperatures, to allow ice to form on the lakes before the snow falls. 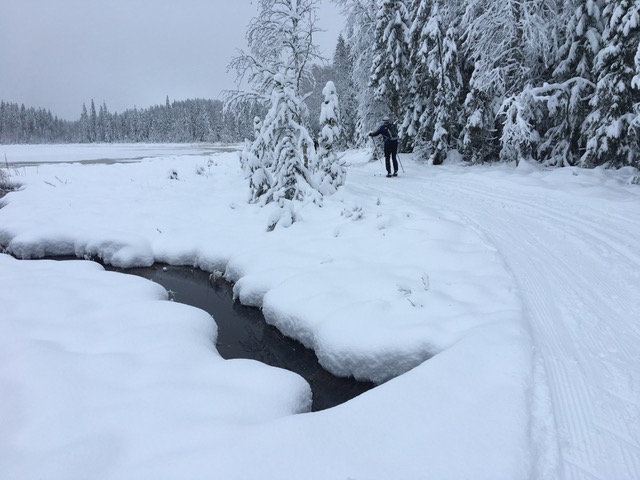 That didn’t happen this year but no one was complaining. Skiers whizzing by here at another lake called Trantjern were almost all grinning from ear to ear. It’s been several years since skiing in November was possible in the southern portion of the country. The northern regions of Troms and Finnmark have had lots of snow for weeks, but it has mostly been raining in and around the capital. 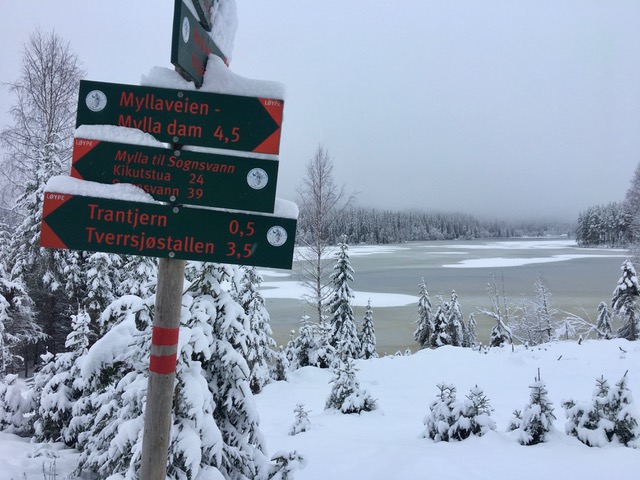 Well-prepared crews were nonetheless ready to head out and groom trails marked with signs like these on forest roads and in other areas of the hills and forests known as marka. It surrounds Oslo in a horseshoe formation that provides one of the largest, easily accessible urban recreation areas in the world. 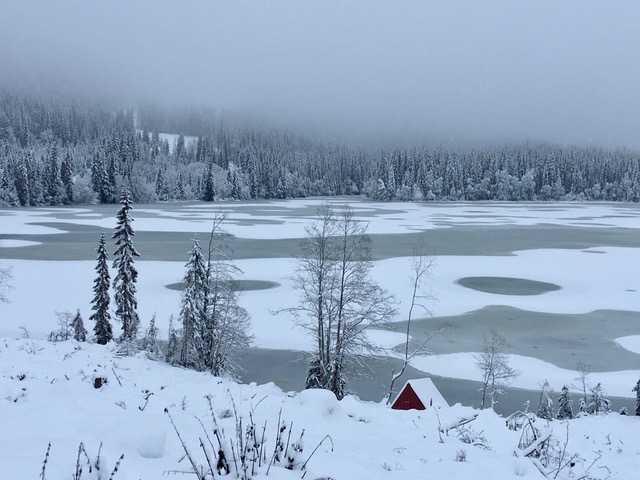 It was a real winter wonderland on Sunday, with many downhill ski centers in the mountains opening over the weekend as well. Here at Mylla, the snow made artistic patterns on the slushy lake that’s a popular starting point for many who ski all the way back to Oslo, a trail distance of around 40 kilometers. 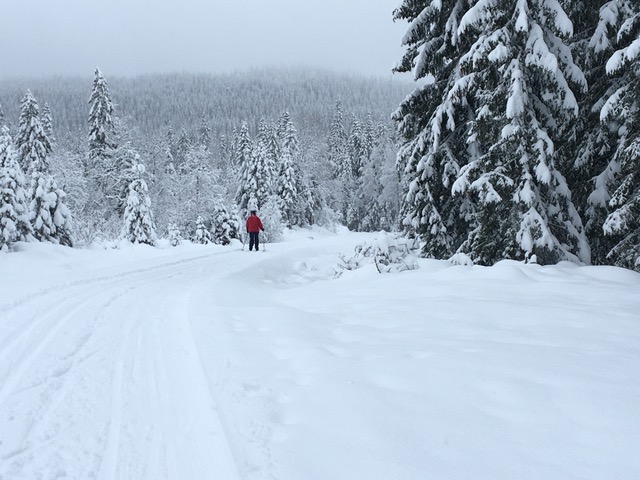 On Monday it was only raining again in Oslo, but meteorologists were predicting more snow at higher elevations.