PHOTO FEATURE: Frosty weather and low December sunshine splashed briefly over southern Norway on the Christmas Day holiday, before being washed away by heavy wet snow that turned into more pouring rain. The sunny interlude prompted some brave souls to jump into the Oslo Fjord for a brisk “julevasken” (Christmas bathing). 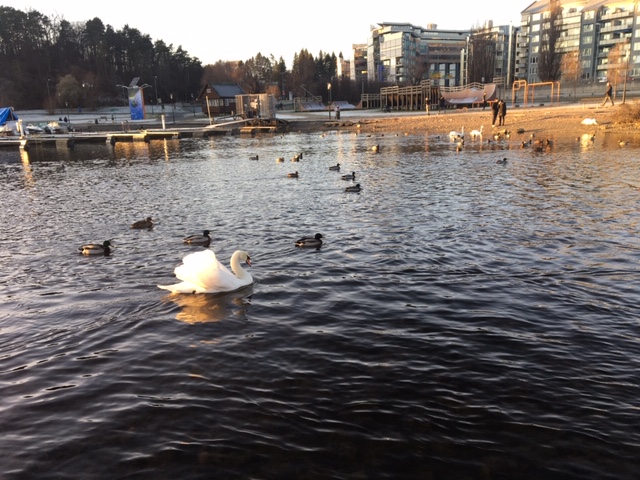 The first sunshine in weeks brought out people who’ve otherwise been spending most of their time indoors at home during the Corona crisis. They fed ducks and swans, like here at Frognerkilen, and strolled long Oslo’s waterfront promenade, enjoying some sunlight after the rainiest and gloomiest December since 1951, according to the state Meteorological Institute. It reported last week how 19 of the first 20 days of December were rainy, grey and foggy. 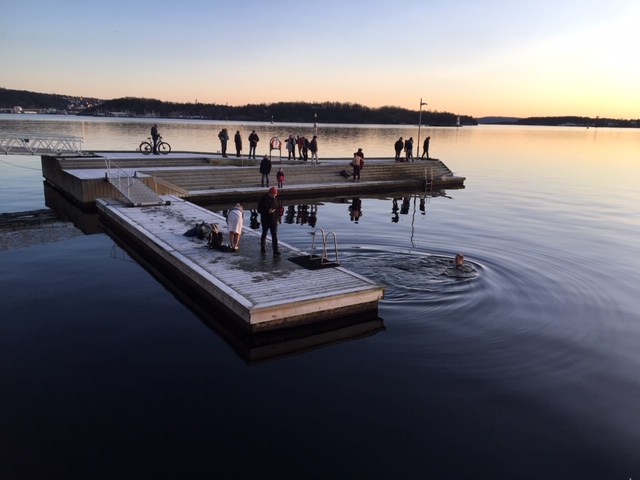 The suddenly clear weather encouraged Norwegians keen on swimming in the fjord no matter the season. Groups of them attracted attention on the piers and platforms here at Tjuvholmen that normally are vacant at this time of year. These swimmers took advantage of a sundown dip, at around 3pm on Christmas Day. 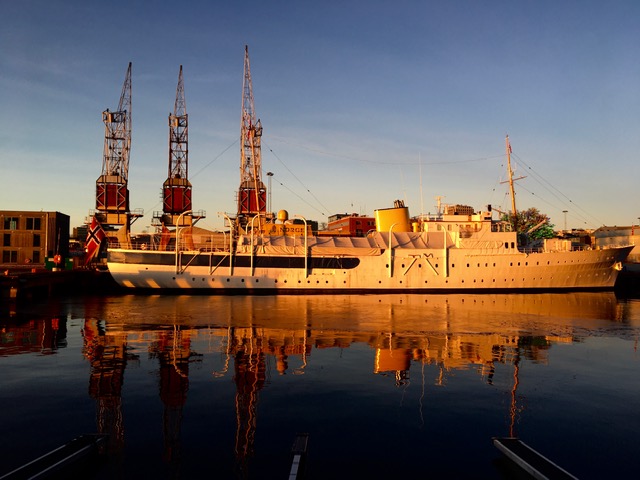 Not far away, at Filipstad, the setting sun lit up the royal yacht Norge, berthed for the season but still with a small crew on board. They blew whistles at sundown and made sure that Norwegian flags both fore and aft were ceremoniously taken down as well. 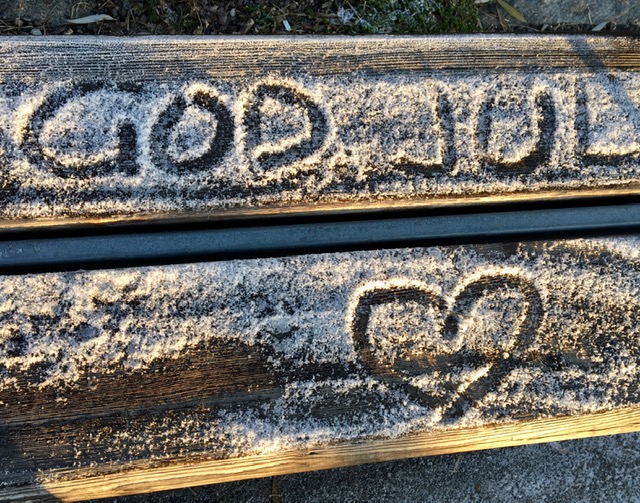 This Christmas greeting on a nearby bench was later washed away by the new batch of rain forecast to continue until at least New Year’s Eve. It was also raining over most of Southern Norway, while strong winds, sleet and snow threatened to close mountain passes. Northern Norway, meanwhile, was gripped by freezing temperatures as low as minus-34C at Karasjok in Finnmark.